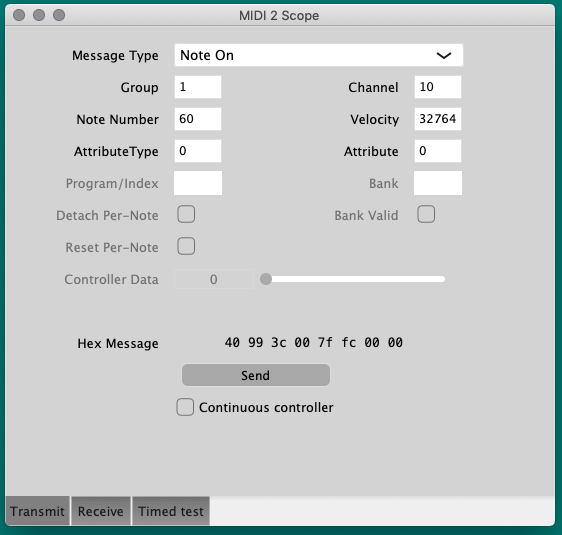 The application can generate all of the MIDI 2.0 Channel Voice message types. 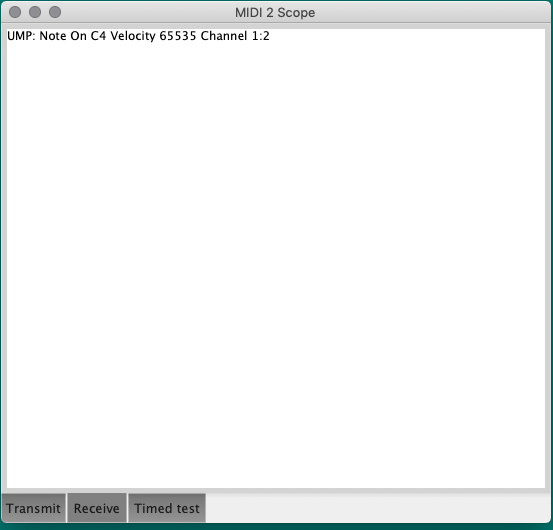 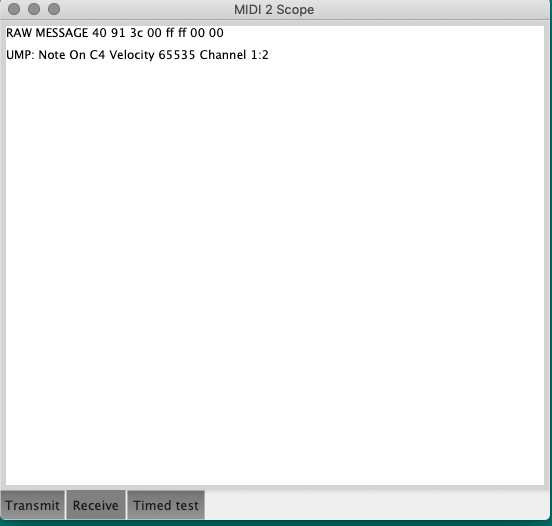 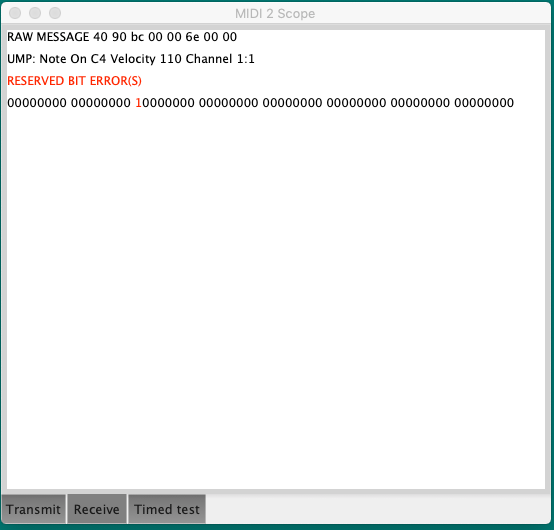 Here is an example of the Timed Test tab output: 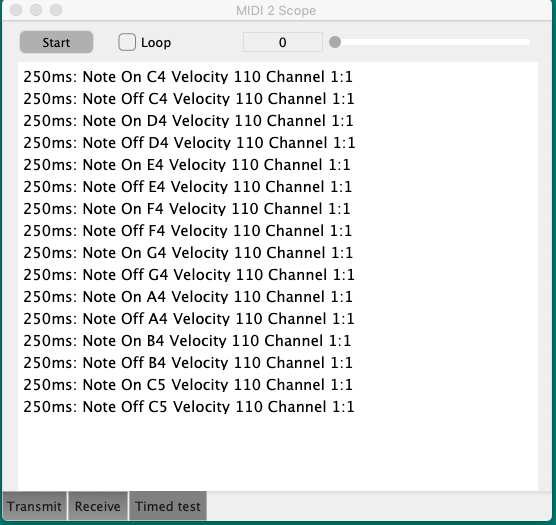 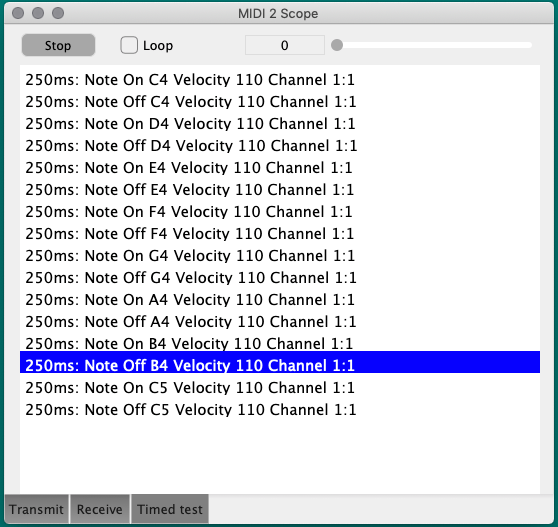