Oct 30 Posted by The MIDI Association in Operating Systems The blog post covers a number of topics including

"We're happy to see Microsoft supporting the Bluetooth MIDI spec and exposing it to Windows developers through a simplified API. Using the new Win32 wrapper for the UWP MIDI API, we were able to prototype Bluetooth MIDI support very quickly.   At Cakewalk we're looking ahead to support wireless peripherals, so this is a very welcome addition from Microsoft."


There is also a nice explanation in Pete's article of how RPNs and NRPNs work and their data structure. 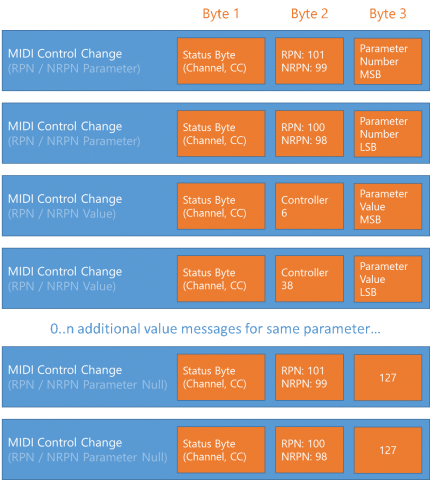 With the release of Windows 10, all three of the major operating system companies (Apple, Google and Microsoft) have all developed support for the MIDI Manufacturers Association standard for MIDI over Bluetooth Low Energy that can be found in the specs section of this site and is available for download by MIDI Association members at no charge.