May Is MIDI Month Sponsors
The MIDI Association 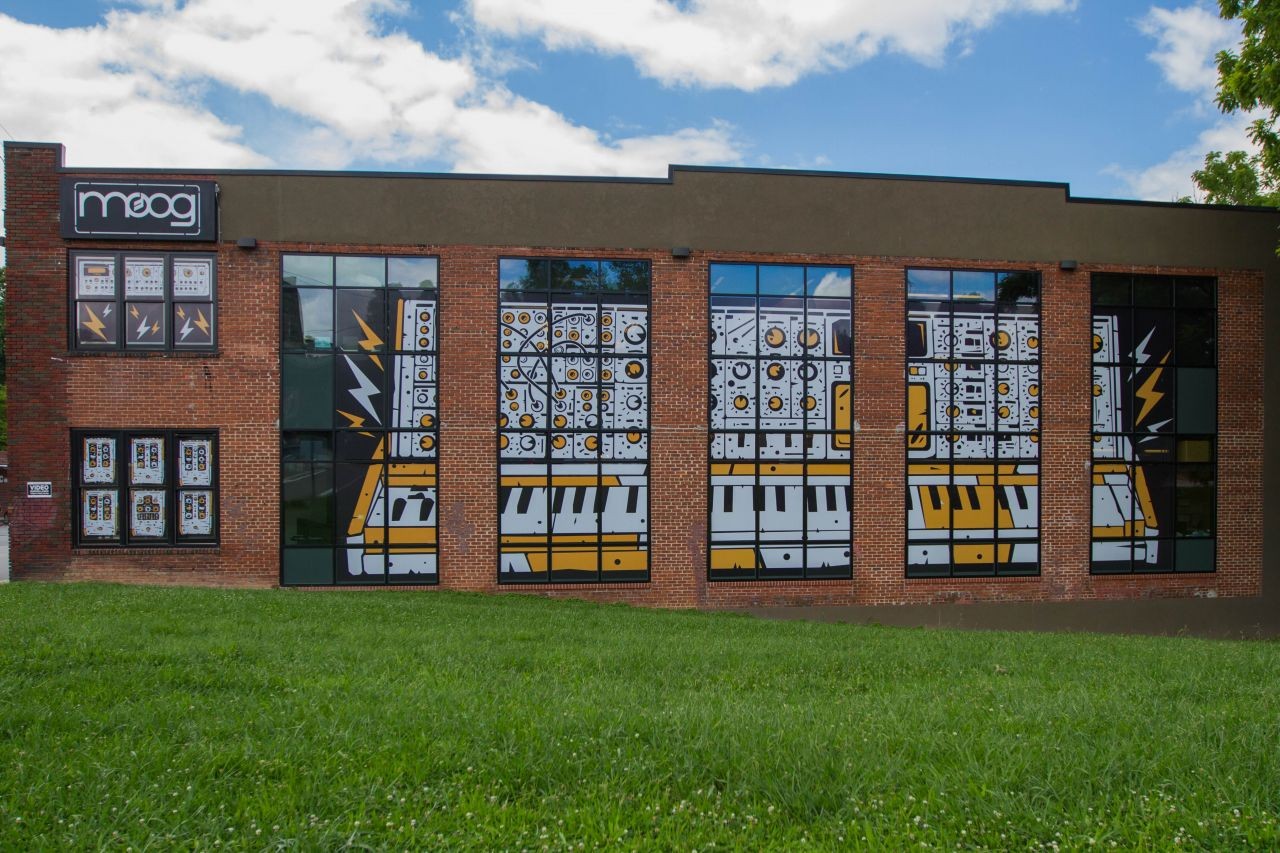 Moog Music is the leading producer of analog synthesizers in the world. The employee-owned company and its customers carry on the legacy of its founder, electronic musical instrument pioneer, Dr. Bob Moog. All of Moog's instruments are hand built in its factory on the edge of downtown Asheville, NC​

Moog DFAM (Drummer From Another Mother) 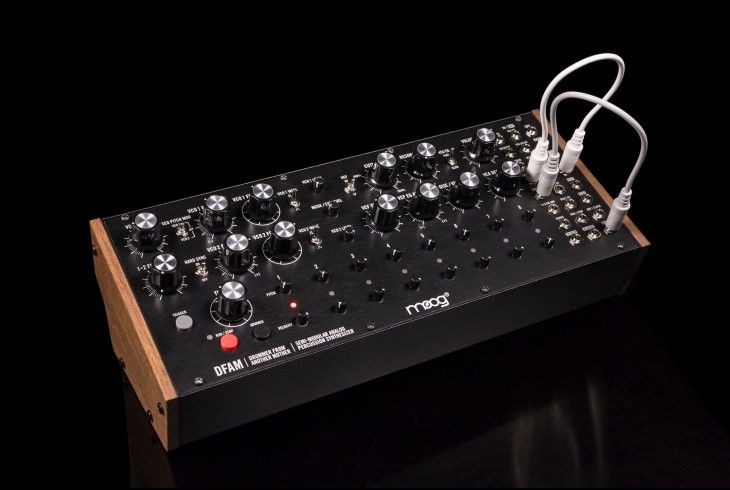 DFAM is the first addition to the Mother ecosystem of synthesizers and presents an expressive hands-on approach to percussive pattern creation. It requires no patching, and absolutely no experience is needed for human-beings of any age to quickly begin synthesizing new and unique rhythmic compositions.

For the first time since 1981, Moog Music has officially resumed production of the Minimoog Model D®. The Minimoog Model D® was the world's first portable synthesizer and served as the archetype for all electronic keyboards that followed. First released in the early 1970's, the instrument gained worldwide acclaim for combining the colossal sound of Moog's large-format modular synthesizers with the accessibility of pre-wired modules. Over the last 40 years, some of the world's most influential artists like Trent Reznor, Gary Numan, Dr. Dre, Keith Emerson and Herbie Hancock have shaped their unique sounds and forged new musical genres using the Minimoog Model D®. This valuable sonic tool is now made available to veteran synthesists and the next generation of electronic pioneers. 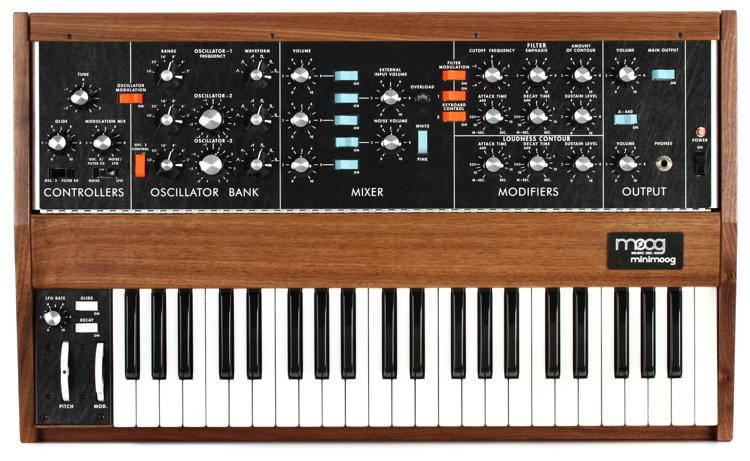 The Theremini® is a re-imagination of one of the oldest electronic musical instruments in history, and Bob Moog's first love – the Theremin. Its design fuses the experience of performing with an instrument you don't actually touch, with a powerful sound engine derived from Moog's award winning synthesizer, Animoog. The Theremini guarantees immediate success to any player at any skill level, while providing new ways to experiment with music, education, and gestural control.

Assistive pitch quantization allows each player to adjust the instrument's level of playing difficulty. At the maximum position, the Theremini will play every note in a selected scale perfectly, making it impossible to play a wrong note. As this control is decreased, more expressive control of pitch and vibrato becomes possible. When set to minimum, the Theremini will perform as a traditional Theremin - the analog heterodyning oscillator controls pitch and there is absolutely no assistance.

A built-in tuner supplies real-time visual feedback of each note as it is played, as well as its proximity to perfection. This is useful for correcting a user's playing position, and educating younger players about pitch and scales.

The presets section allows you to select from 32 wave or wavetable-based patches, store a selected scale & root note, set and recall a specified playing range, and specify per-patch settings for the included stereo delay.

Recessed in the top of the Theremini is a compact speaker perfect for private rehearsal and quick setup anywhere. Silent rehearsal is also possible via the front panel headphone jack. Simply plug in ear-buds or headphones and the built-in speaker becomes silent. 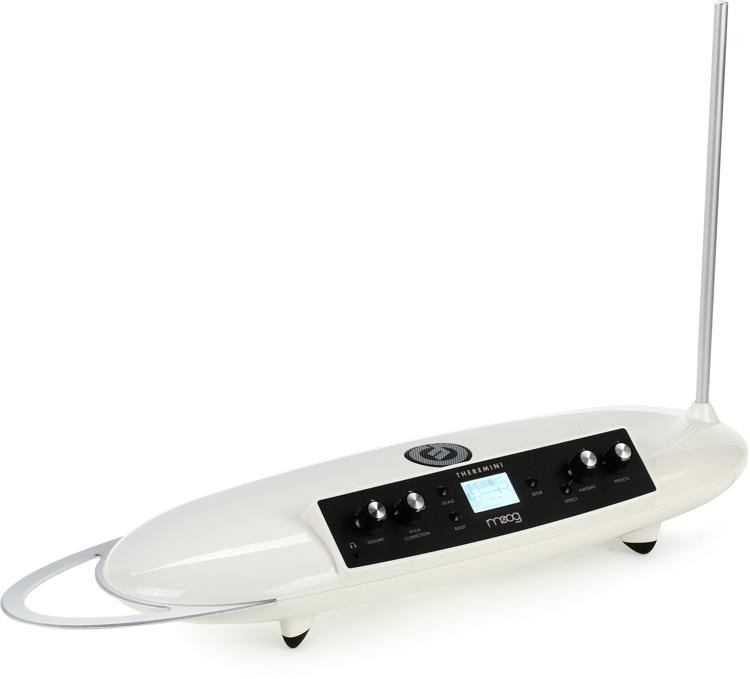