​One of the most interesting types of MIDI controllers are ones that you can wear.  From pants to jackets to rings and watches, get your MIDI fashions here in a roundup of wearable technology.

The iRING from IK Multimedia iRing is the first motion controller for all your iPhone, iPod touch and iPad music apps and more
http://www.ikmultimedia.com/products/iring/ The gesture-control gloves developed by musician Imogen Heap could lead to more expressive and accessible ways of making music.
http://www.dezeen.com/2015/02/12/imogen-heap-mi-mu-gloves-help-people-with-disabilities-movie/

The MIDI Jacket from Machina Men's fashion brand based on the concept of wearable technology, criticizing and questioning political issues and / or irreverent social character. MACHINA takes its inspiration from the current social movements, particularly in the digital world, where people work together as one to manifest an idea, to solve a problem, online and offline.
Our designs and image are inspired by a culture of freedom (both of information and speech), cooperation (free / open source software), and creation (Do it Yourself).
We do this through clothing and wearable technology.

Once you have your iRing, MIDI Jacket and Drum Pants, maybe you need a MIDI hat. 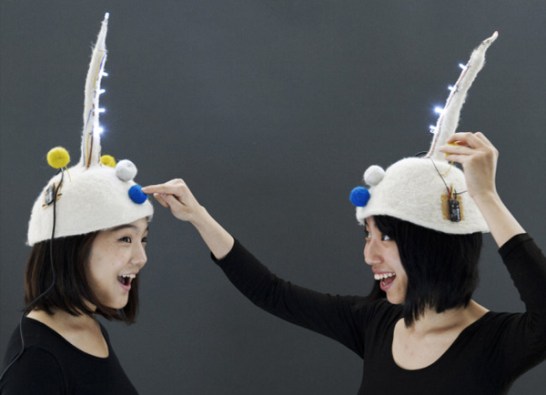 Athan Billias has spent most of his life with MIDI. In the early 80's, he was the sales manager at E.U Wurlitzers in Boston and sold the Cars not only nine Roland Jupiter 8s, but the DCB to MIDI converters to go with them. He was the product planning manager for Korg Inc. in Tokyo, Japan from the Korg M1 in 1986 up until the release of Korg's first auto accompaniment keyboard (the i3) in 1993. After a year spent re-voicing the Alesis QS8, creating the sound set that shipped with the Sega Saturn and developing EMU sampling libraries, he became the Vice President of IVL Multimedia and licensed MIDI controlled vocal harmony technology to Yamaha, Brother, Ricoh, and Sega for their ISDN network MIDI based karaoke systems. In 1998 he joined Yamaha as the marketing manager for music production and has been involved with the development and voicing for every Yamaha synthesizer from the S80 to the Motif XF. He is currently the Director of Strategic Product Planning at Yamaha Corp of America and has been on the board of the MIDI Manufacturers Association for twenty years.