0
Votes
Undo
Hello, everybody, this is my first time and my first post on Midi.org. I'm a professional keyboard player who has finally decided to dig into the world of MIDI.

I was able to do all I needed with my MIDI-connected keyboards except one thing. Here it is:

I have a controller with no MIDI DIN OUT, only USB. With such controller, I'd like to trigger the sounds of the internal module of my Roland RD700 (connected to my computer via a DIN to MIDI interface, namely the Roland UM-ONE mk2).

So my question is: if I connect the 2 devices to my computer via USB, is there a way to route the MIDI OUT via USB of the controller to the MIDI IN via USB of the Roland RD700?

P.S. I can't connect the controller directly to my Roland for 2 reasons:

1. the controller is bus powered, so I cannot make use of a USB to DIN interface to connect it directly to the Roland RD700;
2. I use an app (MobileSheet Pro) on my computer to send program change messages to my Roland RD700, so I need the MIDI IN of the latter to be available for that.


Thank you very much for your help.
Tweet
Comment
There are no comments made yet.
Accepted Answer

Pedro Lopez-Cabanillas
Accepted Answer Pending Moderation
0
Votes
Undo
I don't believe that your use case is unusual at all. But you don't tell which Operating System you are using, because this function of MIDI routing is natively provided by Linux and macOS, so if your OS doesn't provide it, it is probably Windows. Unless MidiSheet Pro is an Android application, so maybe your PC is some tablet or maybe a Chromebook?

Let's assume that you are talking about Windows, because this is the most probable scenario. Indeed, Windows doesn't allow direct connection between two hardware MIDI devices, and a similar situation appears when you want to connect the output of a MIDI software application to the MIDI input of another application. You can only connect in Windows a MIDI driver (for a hardware device or a virtual device) to a software application, but not two devices or two applications together. For the case of two applications, there are many Virtual MIDI cables which can be used to do the job, like loopbe1 (by Nerds.de) or loopMIDI by Tobias Erichsen to name a few free ones.

For your case of connecting together two MIDI devices I suggest that you try for instance MIDI Translator Pro (by Bome Software) or any other software capable of MIDI in, out and thru. Many DAW can do that, for instance Cakewalk will work too. Maybe too much for your simple needs. Finally, my own Virtual MIDI Piano Keyboard (VMPK) can be used for that with little effort and no cost at all 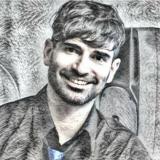 But you don't tell which Operating System you are using

My computer is a Surface running Windows 10 Pro.

Unless MidiSheet Pro is an Android application, so maybe your PC is some tablet or maybe a Chromebook?

I have the Windows version of MobileSheets Pro.

Many DAW can do that, for instance Cakewalk will work too.

I happen to have Cakewalk. I downloaded the re-issue version by BandLab. I will give it a try. For sure, I'll check your VMPK out. Thank you again, Pedro!
Comment
There are no comments made yet.