Resolved Does anyone have experience with creating instrument definition files?

0
Votes
Undo
So i searched the web and apparantly there are no instrument definition files for YAMAHA DGX-650 (but for 200 to 630 there are).
overview: http://www.jososoft.dk/yamaha/ins_files.htm

Well, according to this site (http://www.raisedbar.co.uk/InsDef.htm) it isnt actually that difficult, so i guess im just going to give it a try.
Tweet
Comment
There are no comments made yet.
Accepted Answer

Like you, I'm a newbie at this location. I was rather amused that the registration process classed me as 'expert' purely on the basis of the length of time of my use of midi. Well, there's midi, and there's midi. I have been using softwares that work midi for over ten years - Band in a Box, One Man Band, Notation Composer, more recently Ludwig and Tonica. Much as it sometimes doesn't feel it at the time, that's the easy bit. It's when you want to do something for which your software doesn't seem to have a prepared process, button or slider that frustration sets in. Which is what has brought me here. I feel I have to bite the bullet of getting a grip on midi itself.

I currently want to achieve something that I think I can only 'get at' by editing the event list - something I've never done before. So I've signed up to learn more directly about Midi codes and specifically the syntax of stringing them together in a way that will produce results.

Which brings us back to ins files.
I have never written one entirely from scratch. But I have edited them, and have created new ones that work, by imitating another one that does. I have benefited from advice from people who know better than me, notably Jos Maas, the author of OneManBand and a number of other practical softwares, and Mark, the late original owner and manager of the Notation stable.
I have recently had a difficulty with an ins file for the Ketron SD2, and resolved it in practical terms, but without understanding exactly what was the crux and what would would and what didn't. We're talking text files here, in essence, and I suspect that even an extra <space> in the wrong place can be enough to derail the train.

What is frustrating is that we are dealing with such a precise and finite protocol, and yet it seems very difficult to find a document/text which actually spells it out. Which is why I've now signed up to the Midi Association.

I'm willing to try to help with difficulties, or simply to receive a file from you, and check if it it will run for me, though, as I say, I have no claim to real expertise.

It'd be good if more established members might also come in on the more general points I've raised re syntax and handbooks for it.

Ian Graham
Wales UK
Comment
There are no comments made yet.
Responses (2) 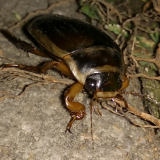 Enzo Lebold
Accepted Answer Pending Moderation
0
Votes
Undo
This Problem is actually solved already, someone edited the file for dgx-625 for me so i can use it for my dgx-650.
Comment
There are no comments made yet.