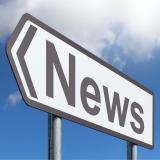 Eddie Lotter
Sunday, 05 July 2020
3 Replies
4.4K Visits
0
Votes
Undo
Subscribe
The USB Class Definition for MIDI Devices v2.0 has been published.
usb
MIDI 2.0
Tweet
There are no comments made for this post yet
Oldest First

more than a month ago
·
#5682
0
Votes
Undo
Many thanks for drawing our attention to this, Eddie.

We are waiting for the USB-IF to draft a formal press release, but we informed our MMA members about this important update last week. Here is a copy of the message that we sent to our corporate members that summarize the advantages of the new specification.


As computers have become central components in many MIDI systems, USB has become the most widely used protocol for transporting MIDI data. With the introduction of MIDI 2.0, the USB Implementers Forum’s USB MIDI 2.0 working group, headed by members of the MIDI Manufacturers Association (MMA) and the Association of Musical Electronics Industry (AMEI), have updated the USB Class Definition for MIDI Devices. This spec defines how USB transports MIDI data.

The key to the updated spec is use of the new Universal MIDI Packet to support MIDI 2.0’s new functionality, while retaining backward compatibility with MIDI 1.0.

Highlights of operation over USB include:

· Better support for deterministic, high-speed throughput (up to hundreds of times MIDI’s original speed)
· Old and new devices work with any operating system that supports the updated USB Class Definition for MIDI Devices
· As with the previous version, no drivers needed for compliant devices
· Supports up to 256 MIDI Channels in 16 Groups of the new Universal MIDI Packet
· Can provide more accurate timing for dense MIDI streams
· Devices can run multiple Endpoints to use more than 256 Channels
· Over time, simpler to implement than USB MIDI 1.0
· Enhances the use of MIDI 2.0 mechanisms including MIDI Capability Inquiry (MIDI-CI)
· Supports both MIDI 1.0 Protocol and MIDI 2.0 Protocol Data
· Devices can declare UMP Group IN/Out pairs for use by MIDI-CI
· Devices can declare that more than one UMP Group is used for a shared or related function.
· Added Bandwidth descriptors for more predictable use of higher speeds.
· Added support for Interrupt transactions as well as Bulk (USB MIDI 1.0 uses Bulk only) for more deterministic control over jitter and throughput.

According to Mike Kent of the USB-IF Audio Working Group and MMA Technical Standards Board, "The new spec provides operating system manufacturers, like Apple, Microsoft, Google, Linux, and others, a clearly defined path for moving forward with MIDI 2.0."

As with MIDI itself, the new USB Class Definition has been a collaborative effort, involving multiple companies from around the world. In conjunction with its members, the MMA and AMEI will continue enhancing the MIDI 2.0 specification, and assist manufacturers with incorporating MIDI 2.0’s features into the next generation of music gear.

The USB Class Definition for MIDI Devices specification is available for download from MIDI 2.0 USB Specification

The MIDI Association
References
THE MIDI ASSOCIATION (TMA)
The community of people who work, play and create with MIDI
There are no comments made for this post yet

We are waiting for the USB-IF to draft a formal press release, but we informed our MMA members about this important update last week. Here is a copy of the message that we sent to our corporate members that summarize the advantages of the new specification.

Thanks for the additional information. This is an exciting development and hopefully the OS vendors will not take long to give us class drivers to support MIDI 2.0 in their operating systems.
There are no comments made for this post yet
There are no replies made for this post yet.
Be one of the first to reply to this post!
Please login to post a reply
You will need to be logged in to be able to post a reply. Login using the form on the right or register an account if you are new here. Register Here »
Forgot Password?
About the MIDI Association
MIDI Association IP Policy
MIDI Association Anti-Trust Policy