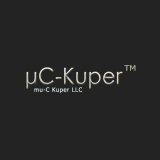 Carl
New Member
Registered on Wednesday, 06 July 2016
Last seen was 1 year ago
About Me

µC started his musical career as a professional musician playing clubs, using techniques that were ground-braking at the time with the equipment that was available. Only monophonic or duo-phonic synthesizers were obtainable then, MIDI did not exist, and you had to be surrounded with keyboards to get all the sounds you needed in a performance. With the help of a multi-track reel-to-reel hidden behind all the gear, a sync track and 3 tracks of additional audio, his trio sounded like a full band, amazing audiences that would look around the stage for the hidden players. Today this is a common approach to live performance for the majority of big stage artists (Coldplay anyone?).

Before this, as a University of Miami graduate student assistant at the School of Music, he taught a course on music synthesis, primarily using an ARP 2600 as the only synthesizer available in the music lab that could demonstrate the principles of voltage control for music creation.

After three years playing clubs six night a week, earning potential became a priority, and he switched his career to become a hardware development engineer based on his formal training in electrical engineering at the U of M. Later, he refocused his interests and career on the software development realm working over the years for companies such as IBM (TSI at the time), eBay Enterprise and others.

It wasn’t until MIDI had already been borne, that µC rekindled his love for music composition and live performance, and resumed his musical work, combining his music and software skills once again to make it possible to do more with less on the live stage.

In 2016, after using an experimental program he developed to perform at live events, he decided to make it into a product for other keyboardists to use on stage, providing the ability to play any synth, physical or software-based, from a small number of keyboard controllers, giving the musician the ability to connect any controller to any synth instantaneously during performance, with smooth transitions between patches. This software provides the extraordinary ability to create massive layers and splits with multiple distinct synths, delivering massive sound from a small number of physical controllers. This not only solves the issue of having to take tons of gear to the stage, but also eliminated the need for extended musical breaks between songs to set the right patches for all the keyboards before starting each new song. And the one technology that made this all possible after so many years is MIDI !

µC Kuper now fully dedicates himself to the development, enhancement and support of his Midi~Kuper program that is available to all live-performing keyboardists to simplify their job in a live performance situation. µC Kuper also offers consulting services to other musicians to optimize their live setup and program their entire performance using Midi~Kuper and their existing gear. You can visit http://www.muckuper.com to learn more about Midi~Kuper and the work µC has been doing.