REX files chop digital audio into "slices," each of which is associated with a MIDI note. Playing a MIDI note triggers its associated slice, which is why REX files can follow tempo variations—slices can trigger at a faster or slower rate as you speed up or slow down a MIDI sequence. However, what really makes this fun is that you can also re-arrange the MIDI notes in a different order to trigger slices at times other than their original timings, or transpose the notes to trigger a different slice than the one the MIDI note would normally trigger. 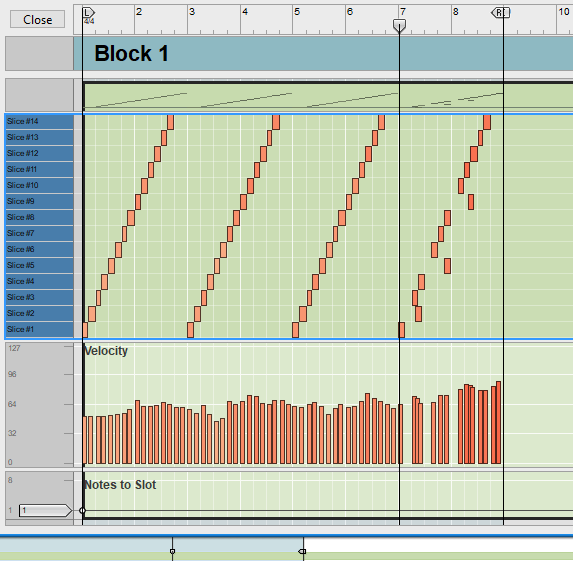 In Propellerhead Software’s Reasons, the slices driving a rhythm guitar part have been moved around in a phrase’s final measure to create a musically useful variation.

This kind of slicing and dicing is particularly effective with drum loops, because owing to the nature of REX files, each slice tends to be a single hit consisting of one or more drums. If you move these hits around, you can create a totally different drum pattern.