Apple released Logic Pro 10.7 with spatial audio as the star, but there are also a lot of other new features.

Something special if you are into lots of MIDI Controllers

Look close and you'll now see a MIDI port and channel selector in the Track Inspector! For those of us simultaneously using multiple hardware controllers like sequencers, drum pads and keyboards this is huge! Because now you can EASILY route MIDI from multiple controllers (and the IAC bus) directly to individual tracks by selecting their ports in the Track Inspector. In effect, different controllers can be "normalled" to different tracks by selecting the port and MIDI channel. This allows recording several MIDI controller tracks live at the same time. 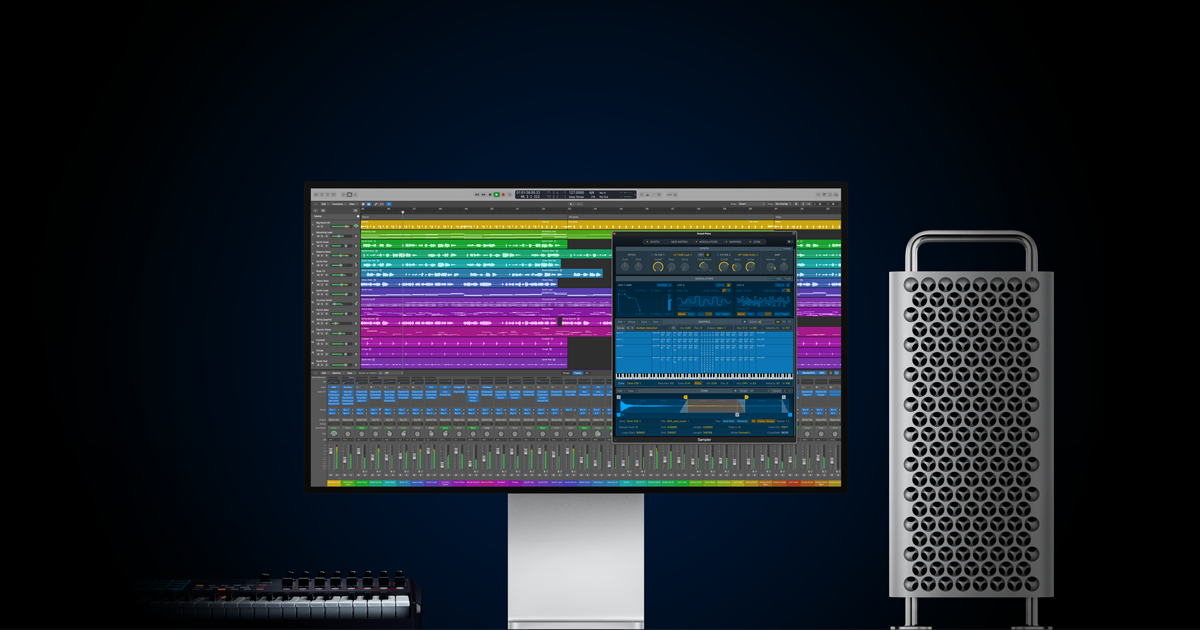 Logic Pro is a complete professional recording studio on the Mac. And it has everything musicians need to go from first note to final master.
https://www.apple.com/logic-pro/
Tweet
pinterest
×
Stay Informed