Sep 14 Posted by The MIDI Association in MIDI News

Genki Instruments announced that they were shipping Wave, the ring that lets you control sound with motion. With three easy-to-use buttons, Wave allows musicians to easily change sounds, parameters and effects using gestures. Since being funded on Indiegogo, many well known musicians have used the Genki Wave on stage and in the studio.

Bergur Þórisson used the Wave on the Björk's Utopia Tour in 2018. "Wave adds a new dimension to musical creativity. It took me a while to realize that the best thing about Wave is not only that it can replace some of the tools you already have to control stuff when you are making music, but that it can make you control stuff in a completely different way, therefore making decisions that you would have never made without it. It's a cool tool for all creatives and I can definitely recommend adding it to your workflow, whether you use it to replace your old techniques or invent new ones." Wave has 6 functions you can use individually or mixed together to control your sounds.

Four different motions allow you to control any parameter in a new way. By tapping any surface you can trigger notes or samples. Easily accessible buttons on the ring allow you to cycle between presets, send commands and simply pause Wave so you can move your hands freely without changing anything.

You can easily customize each function to suit your setup. You can for example customize

A computer with built in bluetooth 4.0+

All DAWs that can map MIDI

All iOS Applications that can map MIDI

All Android applications that can map MIDI

You can find more information on the Genki website. 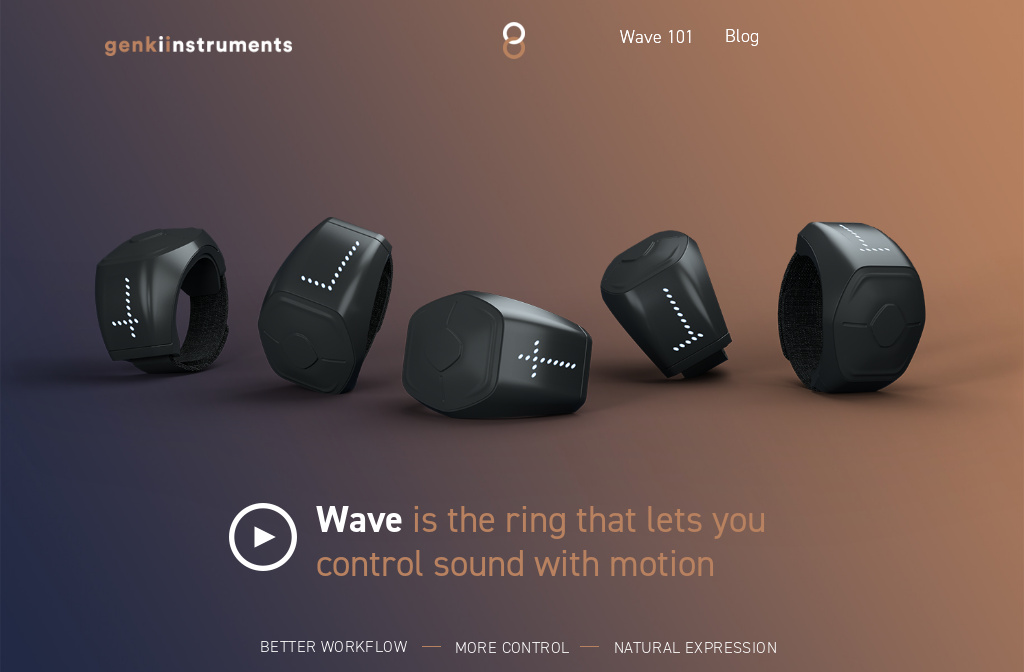