May 19-Programming Synths for MIDI Guitar Part of making MIDI guitar feel "right" when triggering synths has nothing to do with the guitar and its tracking, but with editing the synth presets so that they're guitar-friendly instead of being optimized with keyboards in mind.

Separate channels. The guitar will most likely send data from each string over a different channel. So, use synths in multitimbral mode, where each voice has its own channel. Depending on the synth, the fastest way to do this is to optimize a voice for one string on one channel, then copy over to the other channels.

Polyphony. Set each voice for one-note polyphony. Think about it—with any guitar, you can't play more than one note at a time on a given string. MIDI guitar feels more realistic when it responds in the same way (and may even appear to track better). 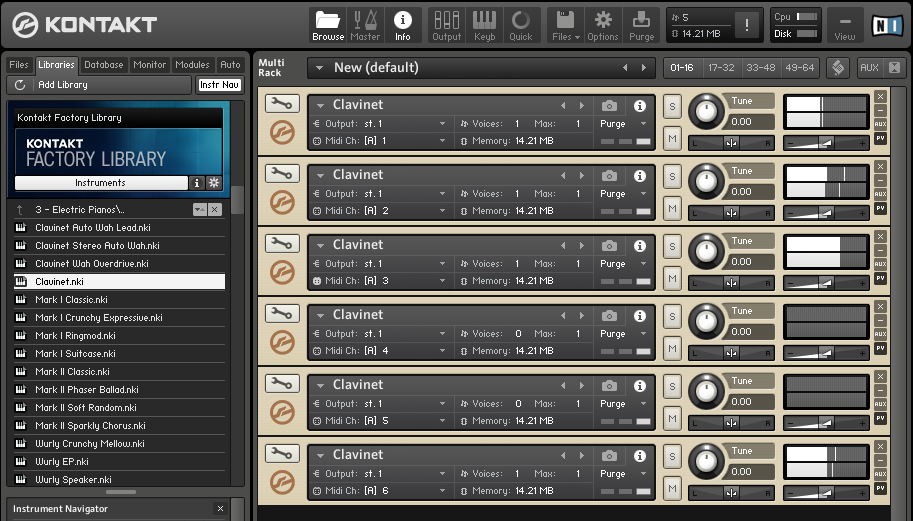 Native Instruments' Kontakt has six Clavinet voices, set to channels 1-6, for MIDI guitar. Note how maximum polyphony is set to 1.

Legato mode. If there's a legato mode, consider using it. Then if you slide up the neck, you won't retrigger a note at every fret along the way...then again, maybe that's the effect you want.

If you don't want to program the sounds yourself East West has released a series of sounds specifically programmed for MIDI guitar. 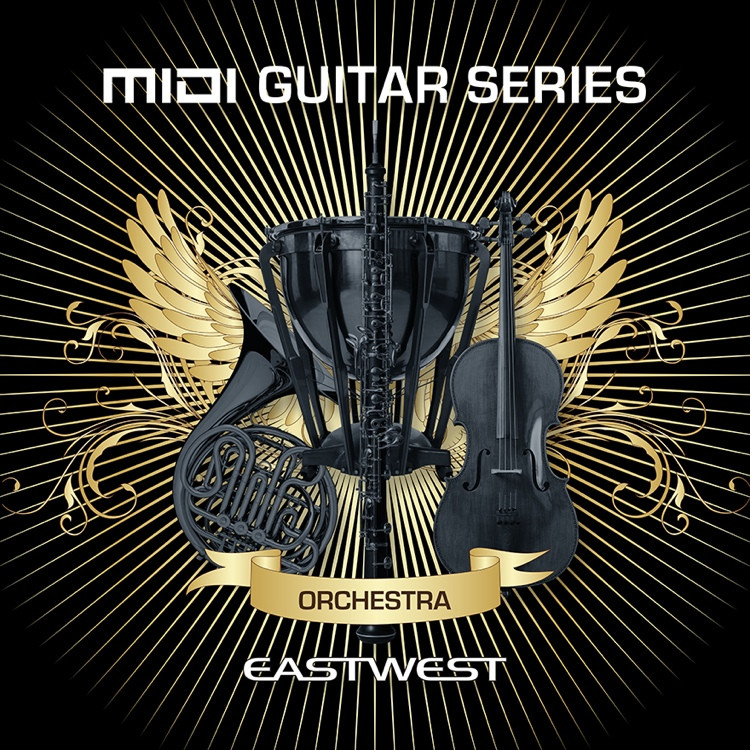 Only at Sweetwater! ✅  Instant Delivery and ✅  FREE Tech Support for your EastWest MIDI Guitar Series Volume 1 Orchestra!
https://www.sweetwater.com/store/detail/MidiGtrVol1--eastwest-midi-guitar-series-volume-1-orchestra
Tweet
May 20- All Rexed Up
May 18-Processing Audio with MIDI Control