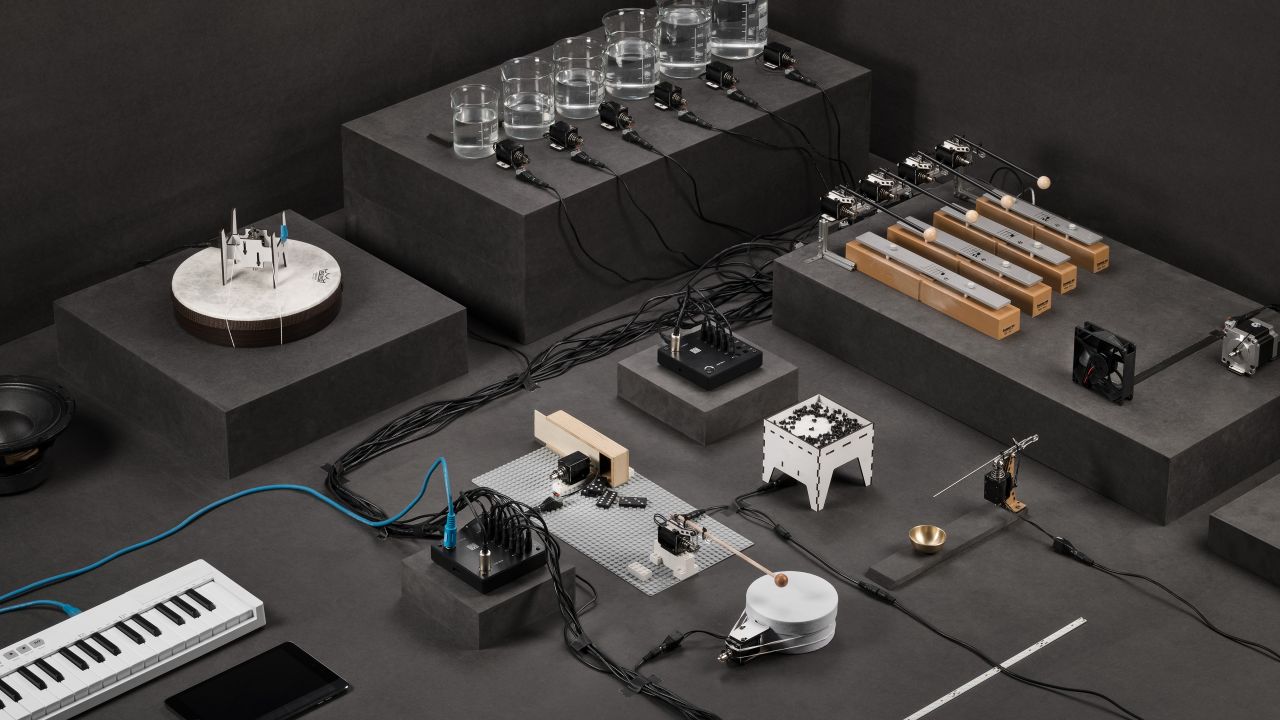 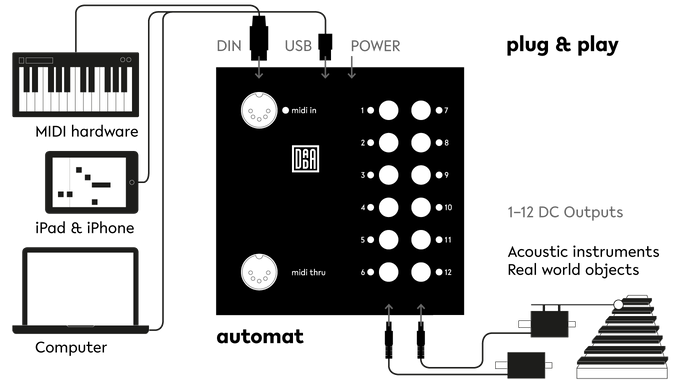 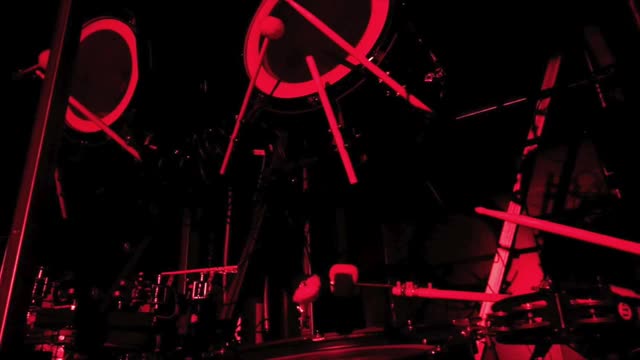 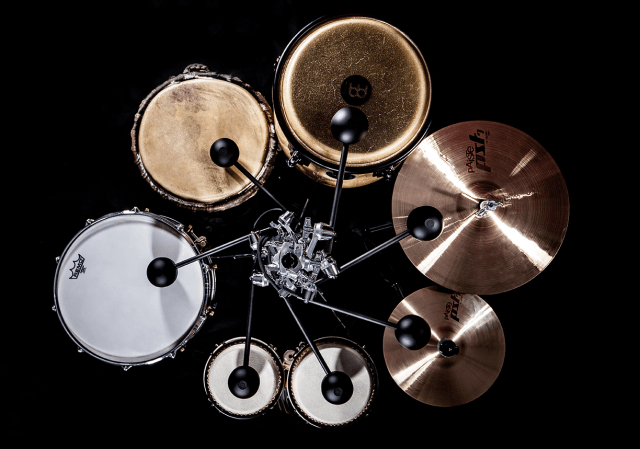 PERC PRO, a MIDI-controlled device that mechanically plays any percussive surface. It make a drumming machine out of anything.  Aphex Twin, Daedelus, and Dan Deacon have all utilized the Perc Pro in their work. Any percussion instrument you strike with a stick or your bare hands works with PERC PRO. Open yourself up to new possibilities. Congas, xylophone, sauce pan?
Each PERC PRO kit includes:
- 3 beaters (you can choose silicon, aluminum or wooded striker for each beater)
- controller (capable of playing up to 3 beaters)
- 3 clamps
- USB cable
- Power cable
PERC Controller IN/OUT:
•1x MIDI DIN in
•1x MIDI USB in
•3x Drum Gate in
•3x CV Velocity in
•1x MIDI DIN thru
•1x MIDI DIN out
•3x PERC Ball out