What if you could control MIDI with your brain? Does that sound like science fiction? Actually there are lots of people who have been exploring how to connect brain waves Electroencephalography (EEG) to MIDI.

Let's take a look at how that works.

Electroencephalography (EEG) is a method to record electrical activity of the brain. Typically electrodes are placed on the scalp to measure voltage fluctuations caused by ionic current within the neurons of the brain. 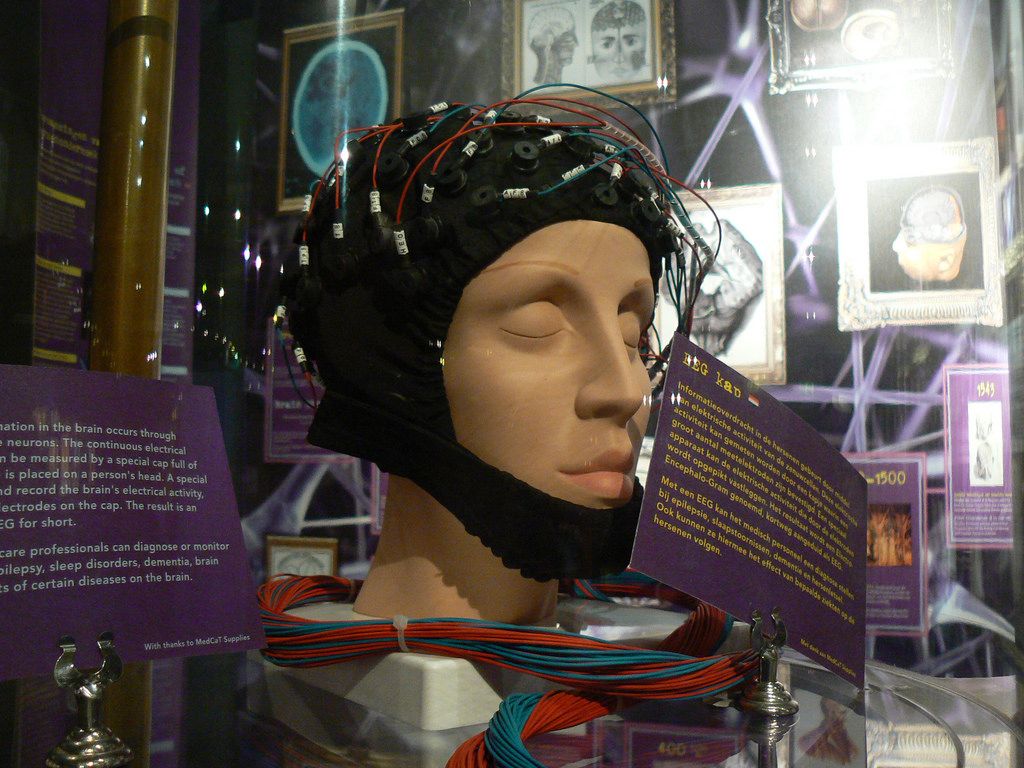 Beta is the frequency range from 15 Hz to about 30 Hz. Beta activity is related to movement and  beta waves with multiple  frequencies is associated with busy thinking and active concentration.

Theta is the frequency range from 4 Hz to 7 Hz. Theta is  associated with relaxed, meditative, and creative states in adults

So what does all this have to with MIDI.  Years ago EEG machines were really expensive, but recently there are wireless EEGs like the Mindset and the Muse that are inexpensive and wireless

Brain2MIDI convert brainwaves into MIDI signals. Apply filters and algorithms to the frequencies and generate MIDI to control your favourite music production software, synthesizer or visual effects software.Brain2Midi is an Android software that produce Midi notes and controls change signals using brainwaves. Midi is transmitted from an Android 4.4 device using either a USB to MIDI cable to any compatible physical input, or using Wifi or Bluetooth to a computer on the Windows 7 platform. The Muse headband from InteraXon is used as an input source for brainwaves, then informations are analyzed and converted into melodies or CC parameters. Brain2Midi can be used to create music that is influenced by the state of mind of the person wearing the headband or it can be used to create visual animations in any Midi compatible VJ software.

The OpenEEG project is a website with resources for making plans and software for do-it-yourself EEG devices available for free (as in GPL). It is aimed toward amateurs who would like to experiment with EEG. 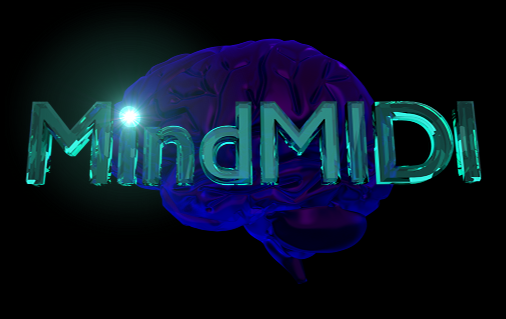 MindMIDI is a revolutionary way of making music, with your brainwaves, in real-time. Brainwaves are like radio stations, with each station working on a different layer, and all the stations are always playing. MindMIDI works like a radio, allowing you to hear your brain's amazing electrical symphony. The music can be influenced with intention, and you can hear the immediate musical feedback. The MIDI can be routed to any DAW so you can have realistic sounding sampled musical instruments, or synthesizers. You can have multiple instruments, and each instrument can be controlled by a different band of the brainwave spectrum. For example, your Delta and Theta waves could be controlling a cello, Alpha waves could be controlling a piano, and your Beta and Gamma waves could be playing a violin. Best thing is MindMIDI is free!