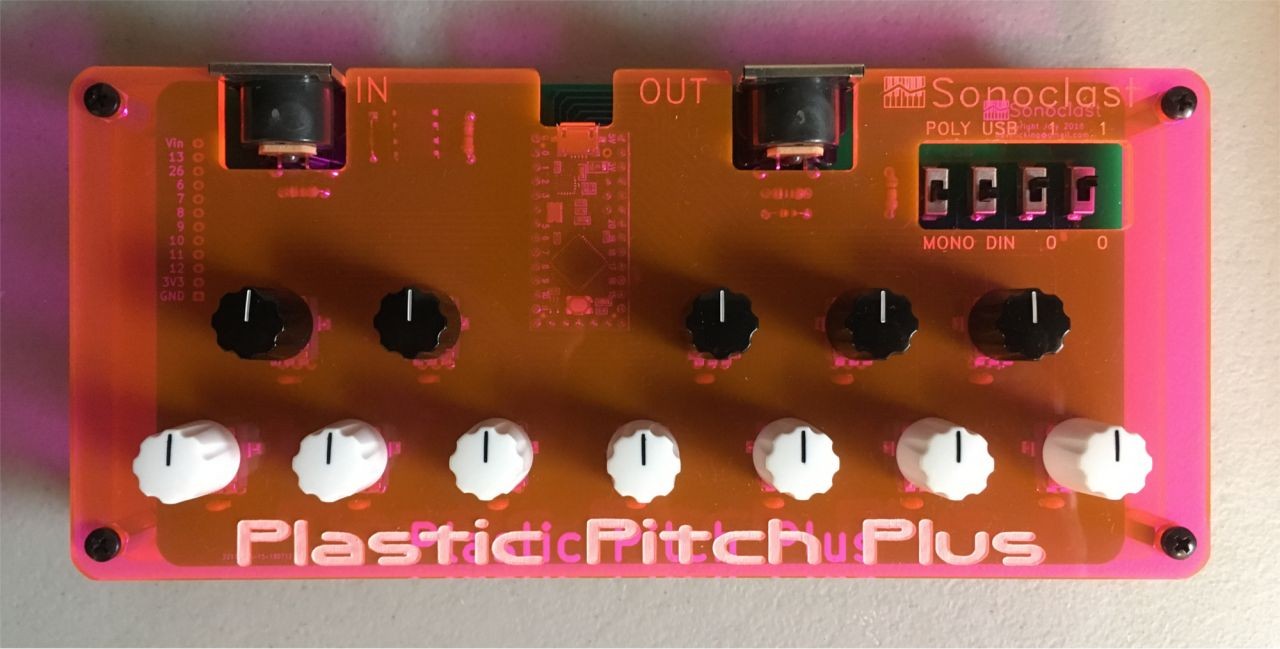 I created the Plastic Pitch Plus (PPP) to experiment with microtonality.  My primary design goal was to create a physical interface that gives immediate and independent control of pitches in a scale.  One way of doing microtonality involves generating lists of frequencies or ratios. In contrast, I wanted something that would naturally engage my ear and provide an intuitive way to experiment with pitches.

1) A twelve-tone scale mode in which the twelve knobs are used to tune up or down each of the twelve notes in a scale.

The two scale modes are implemented in two ways.

1) Using MIDI pitch bend.  This is somewhat of a MIDI hack intended to support microtonality with any MIDI keyboard.  In short, each key is mapped to a microtonal pitch as specified by the knobs.  The PPP listens for incoming MIDI notes and sends out MIDI pitch bends and notes that correspond to the microtonal pitches.  To support polyphonic playing, the outbound pitch bends and notes are carefully distributed to multiple MIDI channels so that each note can have its own pitch bend value.

2) Using the MIDI Tuning Specification.  This is my first time playing with this relatively new specification.  (It works great!)  The PPP acts as a controller--no MIDI input is required.  When the knobs are turned, corresponding SysEx messages are sent out to retune the synthesizer's internal tuning table.

See my website for more information and how to buy one. 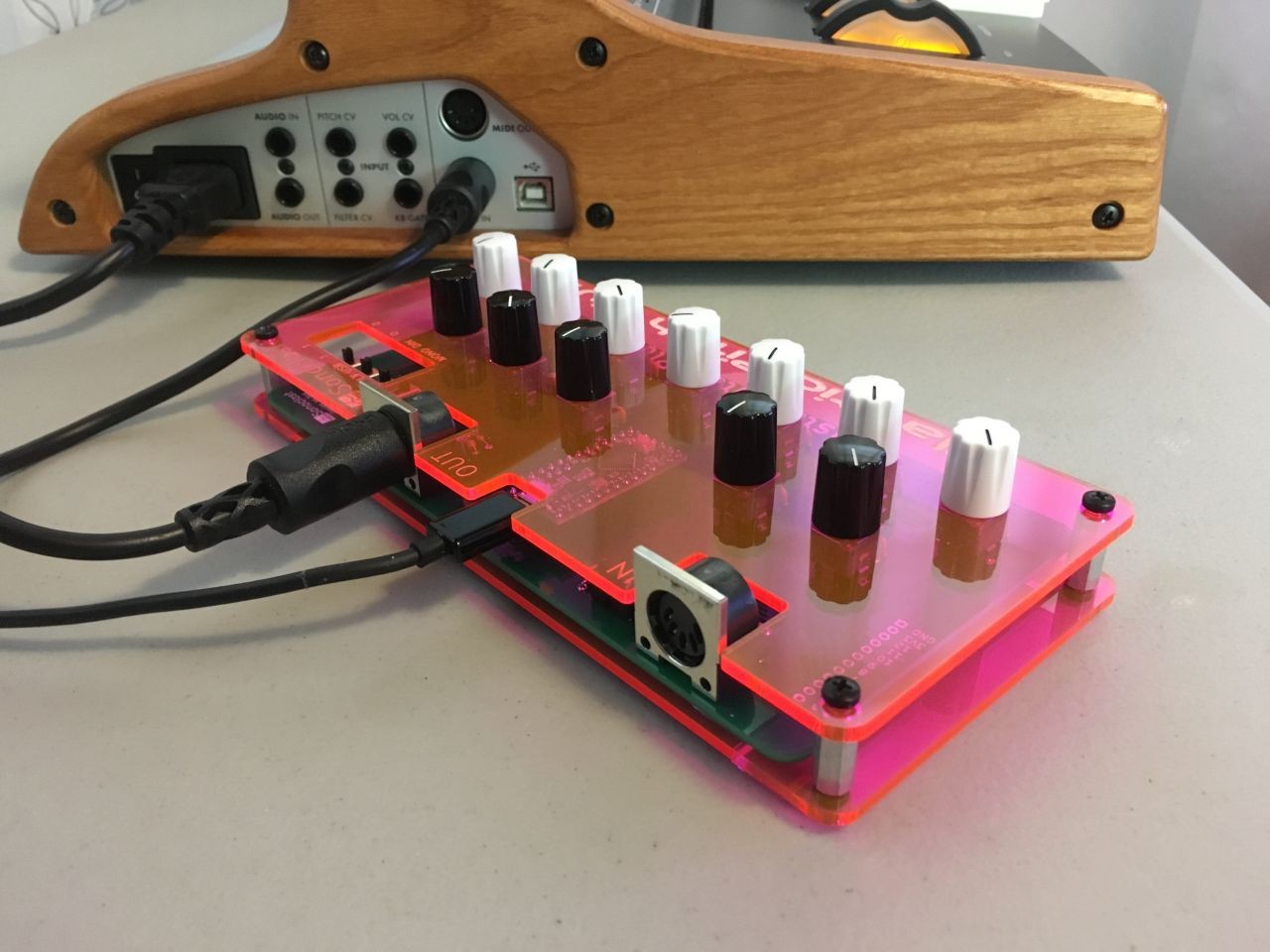