The MIDI Association, Music China and the Chinese Musical Instrument Association cooperate together to promote MIDI in China

In September of 2021,  the Chinese Musical Instrument Association (CMIA) announced the formation of the Future Music Technology Committee (未来音乐科技专委会) and elected Yitian Zhao as the President. 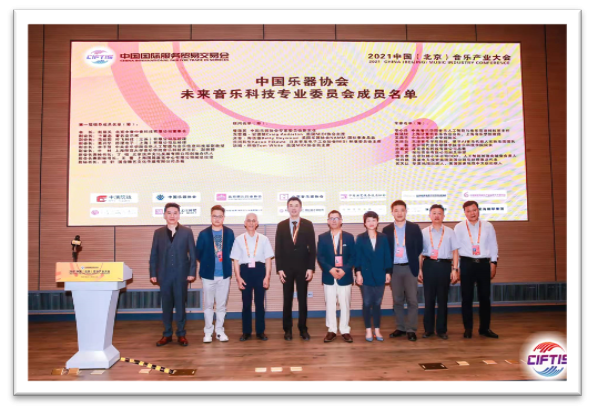 The goals of CMIA's Future Music Technology Committee are to:

The Committee is made up of the current MIDI Association members from China which has already grown significantly in the last two years.

Previously the Chinese Musical Instrument Association had included digital musical instruments with MIDI in the same category as electric guitars and amplifiers.

This new structure in CMIA will bring an increased focus to MIDI as MIDI is the Musical Instrument Digital Interface standard. 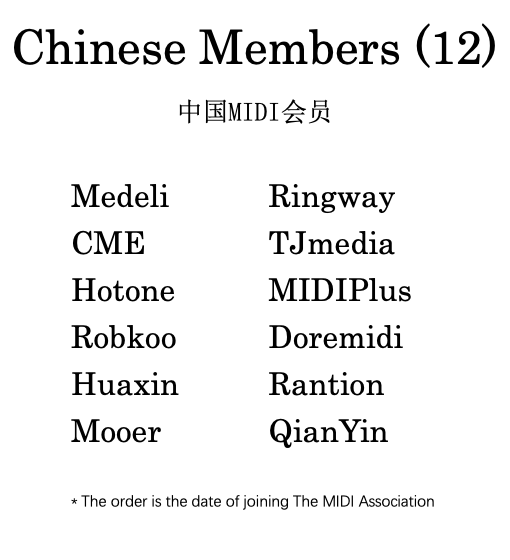 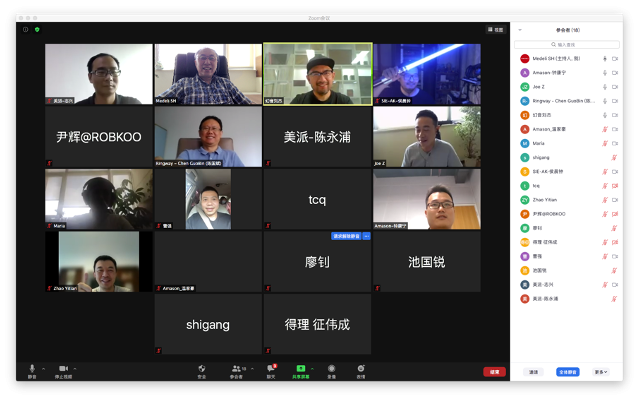 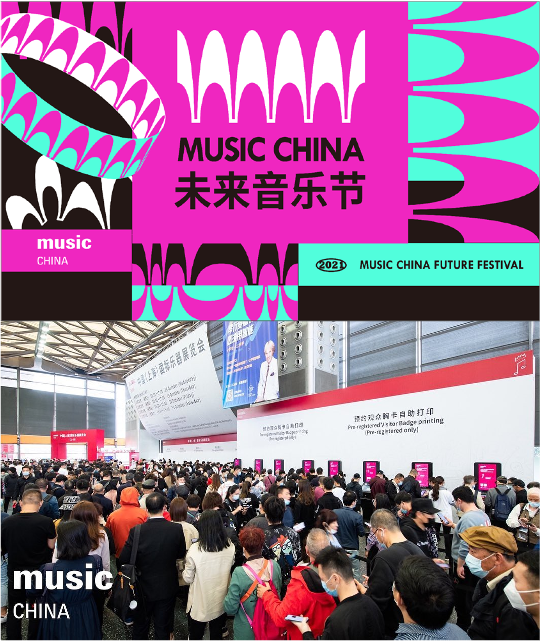 Another part of our efforts to promote MIDI in China is the Music China Future Festival developed for Music China that includes the following events. 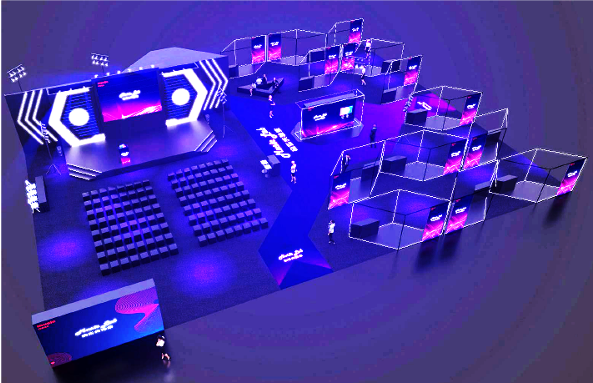 Companies selected by the MIDI Association provide assets to Music China who developed a website to highlight these innovative products.

Then partners which included 800 colleges from the China College Music League, Bilibili (a Chinese video sharing platform), and TikTok were invited to view the entries and vote for the Chinese User Choices based in the following guidelines/

In fact, one of the entrants was used as the core platform for live web presentations and then Music China shared the stream on WeChat. MIDIable (developed by MIDI Association Exec Board member Lawrence Levine) is a browser-based platform that combines Web MIDI and telepresence (audio, video and screen sharing) to allow online music creation, education and collaboration.

There are plenty of great platforms for audio/video conferencing, but only MIDIable integrates Web MIDI. Connect your MIDI device to your computer, open Chrome or Edge (the browsers that support Web MIDI) and now you can send and receive MIDI over the Internet using the W3C standard for MIDI communication. Your entire MIDI studios appears in MIDIable.

You can merge All Inputs to play any MIDI device connected to your computer and send it out Web MIDI. You can select which MIDI device is sent MIDI from MIDIable and choose what sounds are played by remote Web MIDI.

Want to connect to your DAW or other MIDI software? Select IAC Driver on your Mac or any loop back inter-application software on other operating systems and the remote MIDI from the Internet is sent to your local DAW which then can be used route it out to external MIDI devices. 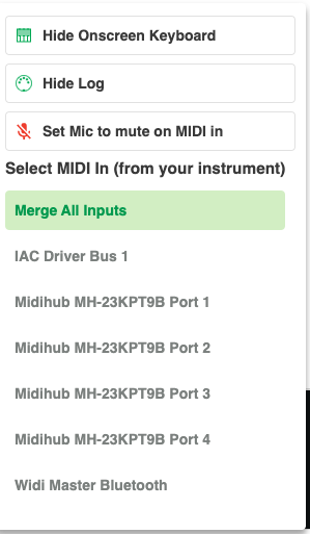 No MIDI device? No problem. Even if you don't have a MIDI device, it's easy to use MIDIable. MIDIable provides a virtual keyboard so you can see MIDI notes on screen.

You can even hear those notes using MIDIable's HTML5 browser-based piano. 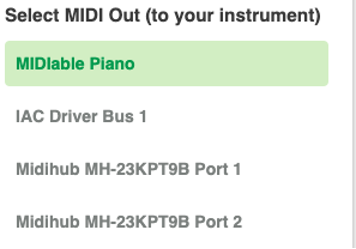 There are platforms that allow video conferencing, services that claim low latency audio over the Internet and others that allow Web MIDI, but only MIDIable integrates everything all together into one seamless experience.

Why is that important?

One of the tricky parts of collaboration over the Internet is latency (the delay created by sending signals over networks) because audio, video and MIDI all travel at different rates.

But MIDIable solves all these problems for you. Whether you are using a connected MIDI device or the MIDIable piano, you are listening to sounds created locally so there is no Internet delay.

In addition, MIDIable automatically syncs the video and MIDI coming over the Internet together.

All remote media you see and hear in MIDIable is seamlessly synced together in your local environment.

Music China staff and Yitian Zhao provided translation for the presenters who were able to share their screens and webcams on MIDIable. Each of the three nights of presentations saw over 1000 attendees on WeChat with comments and reactions from the audience feedback to the presenters.  To be honest, when we started we had no idea if any of this would work as it was the first in the world to try this, but as you can see from the section with Craig Knudsen of the Piano Guys presenting from their studio in St. George, Utah it was a great example of global cooperation.

In the bottom right of this screen shot from the WeChat broadcast you can see there were 3454 people watching and reacting to the MIDIable presentation at Music China. 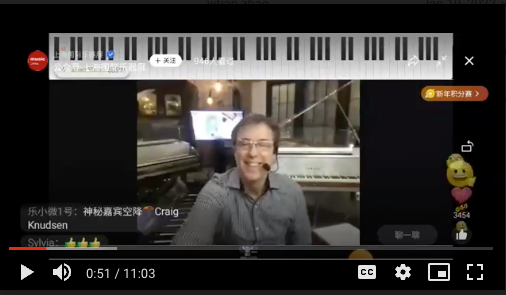 We'd like to thank all the MIDI Association presenters,  Music China and the China Musical Instrument Association for their support and most of all Yitian Zhao, Lawrence Levine, Aoshuang (Sylvia) Xue, and Andy Renhao for their translation and technical support.

Thanks to their hard work in making this a success.

Together we proofed that not just music, but MIDI itself is truly a universal language. 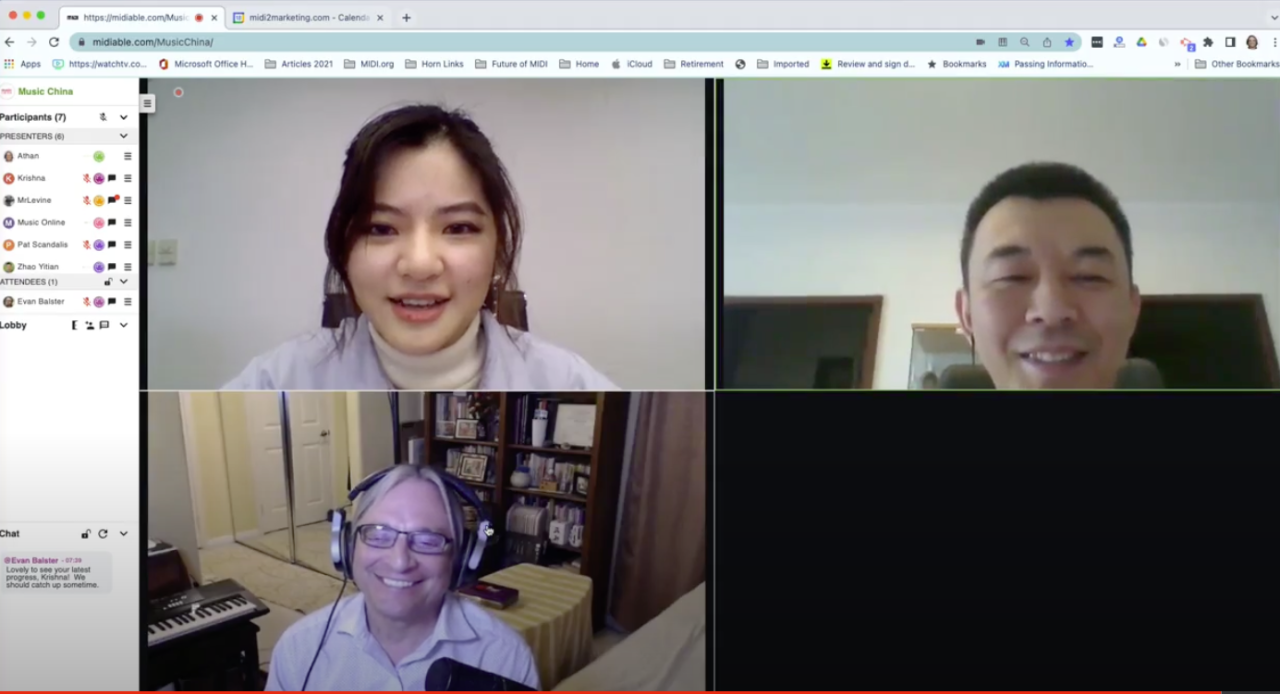