The MIDI Association at Winter NAMM 2016

We had a great NAMM show  in 2016.  The MMA booth was really busy with constant demos by Quicco, Bome and Kagura from Shikumi Designs. 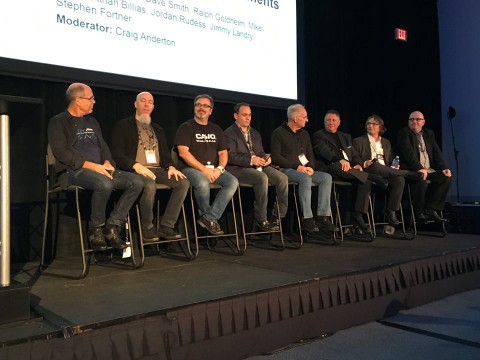 ​The MMA has established an MPE working group and is planning on moving forward quickly to define the specification. MPE is also featured in the GEOShred, the OS application developed by Jordan and MoForte. We also got a quick private demo of that from Jordan at the show.

There were a lot of very unique MIDI controllers at NAMM this year.  One of the trends was products using the new Bluetooth Low Energy MIDI specification that the MIDI Manufacturers Association finalized this year.

Korg's nanoKONTROL is a light-weight and compact mobile MIDI controller and the nanoKEY a keyboard that both feature BTLE MIDI and are  battery operated and can connect wirelessly with your iPhone/iPad or Mac/Windows.

These should also work with Android Marshmallow devices as Marshmallow supports BTLE MIDI. At the MIDI Matters panel at 2016, Pete Brown from Microsoft also mentioned that it is on the roadmap for Windows 10.

There were some really unique MIDI Controllers at the show.  Here is one that got a lot of attention, Tribal Tools' Kadabra..

"KADABRA Is a smart innovative wireless musical instrument that makes the impossible - intuitive. There are 24 capacitive copper pipe keys carved into the lower part of the body, flanked by smart multicolored LED lighting. The upper section is home to 12 control buttons, three thumb buttons and three pressure sensors, six utility buttons and a wheel encoder. Up to 16 different sounds can play simultaneously and motion sensors allow the player to control different parameters or produce specific sounds/effects with sharp or flowing movements. Kadabra has A long range wireless technology with zero latency, Dedicated software for computers which can sync with stand-alone VST instruments, MIDI devices or digital audio workstations over MIDI.
Tribal Tools aims to release the Kadabra in the second half of 2016"

Zoom showed the ARQ Sequencer, Drum Machine & Synthesizer.  ARQ is a drum machine, sequencer, synthesizer, looper, and MIDI controller with a built-in accelerometer. It's wireless Bluetooth Ring Controller let's you control the internal sounds and sequences as well as other MIDI devices.

We'd like to thank all our media partners including Sonic State, Harmony Central, Synthtopia, New Bay Media and Sound on Sound for all the great coverage of The MIDI Association launch. 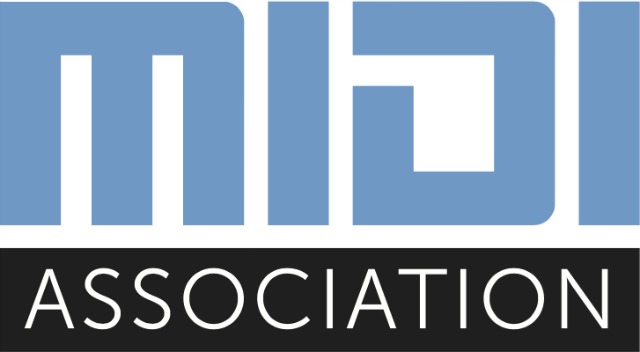 An inclusive global community for anyone who works, plays, or creates with MIDI
http://www.sonicstate.com/news/2016/01/26/namm2016-introducing-the-midi-association/
Tweet
pinterest
×
Stay Informed

The MIDI Association at CES 2016
The History Of MIDI