We are excited to announce that we have abandoned all future development on MIDI 2.0 and will focus instead on MIDI over Morse code (MOM) on HAM radio.

If you have any questions about this new specification, please send this message on the 14.060 MHz frequency.

As a result of this change, all of your current MIDI 1.0 devices will stop working on April 1, 2023 in celebration of MIDI's 40th anniversary when we switch over to the new MIDI Over Morse Code (MOM) system unless you purchase a 5 Pin DIN to ham radio adapter kit from us for $4999.00 MSRP.

The quickest way to reach out is of course via ham radio to Dr. Kate Stone, Chair of the MIDI Association Exec Board

SWIDI wins all 15 categories in the 2022 MIDI Innovation Awards 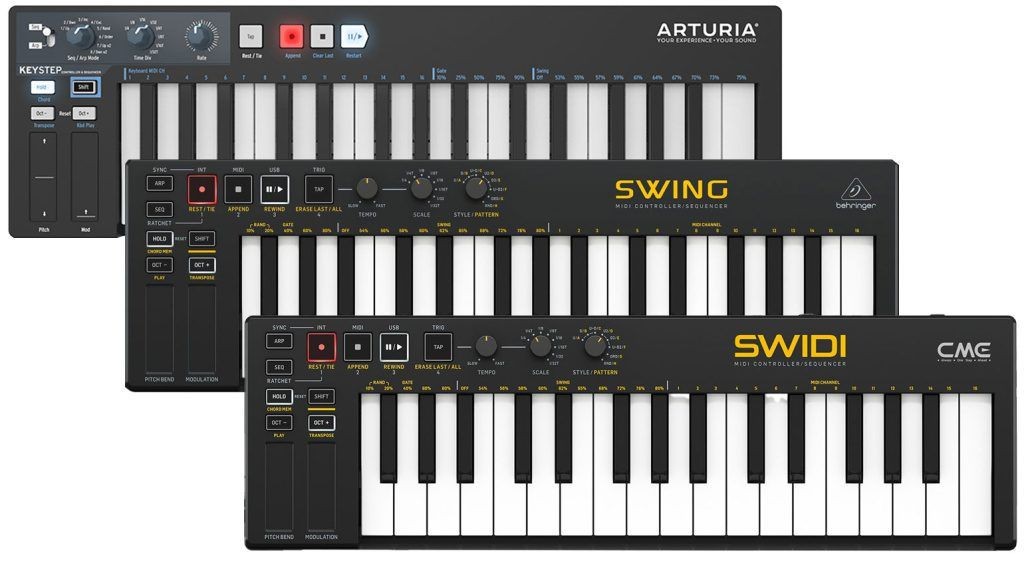 We were so astonished when we saw the new CME SWIDI that we immediately awarded it the first, second and third prizes in all five of the MIDI Innovation Award categories.

We knew it was clearly the hands down winner of all 15 of the 2022 MIDI Innovation awards because we had never seen anything like it before. 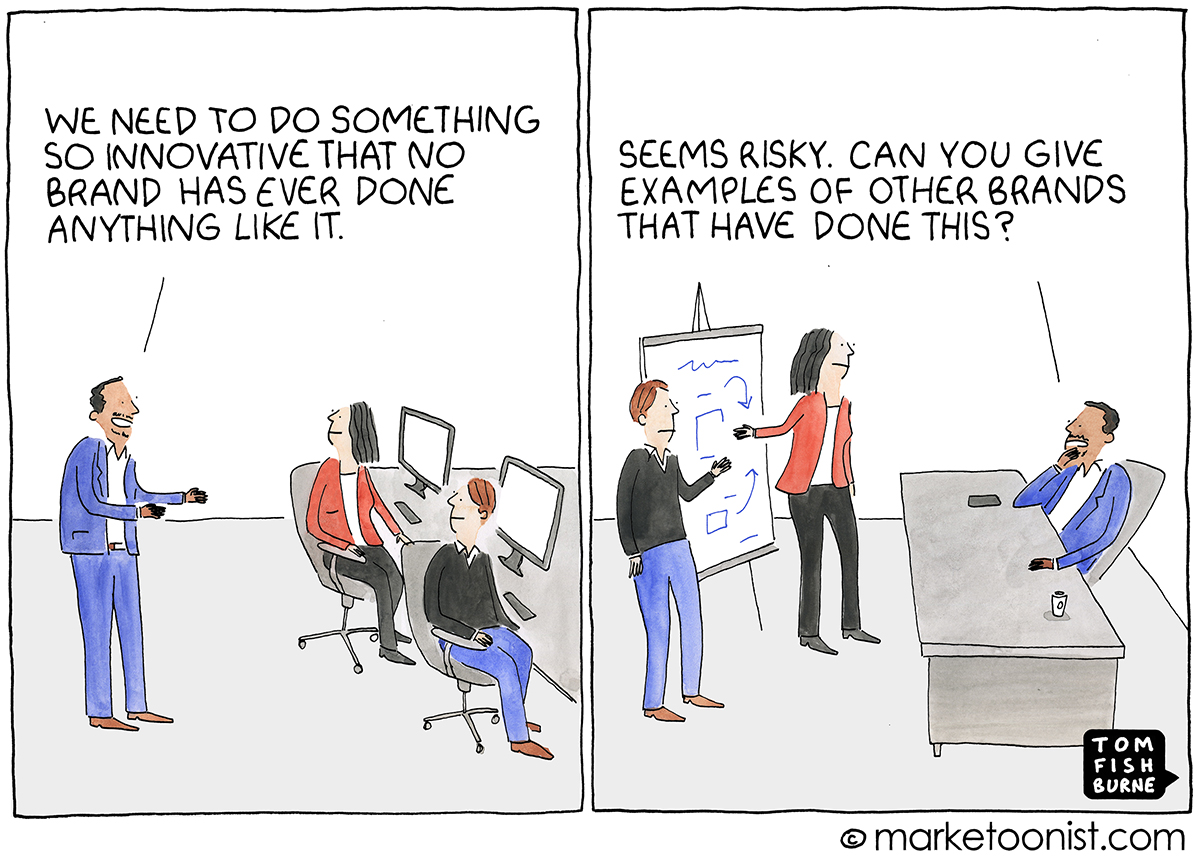 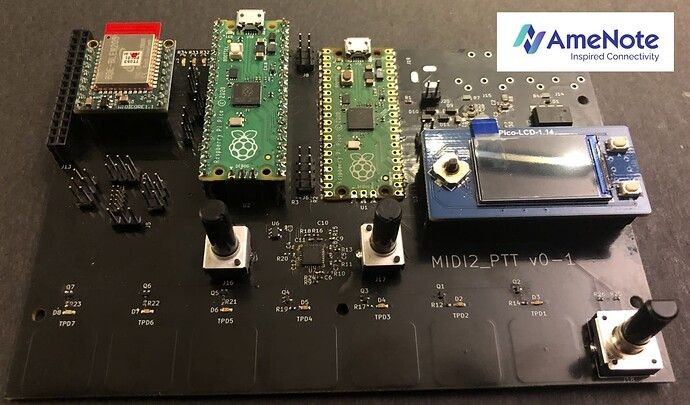 This is from a post we put on the forum the other day, in reponse to a question about what is going on with MIDI 2.0 and we thought it was important enough to repeat in our April 1st post. However we are very serious about MIDI 2.0 and this is not a joke.

Much progress has already been made with MIDI 2.0 that you may not be aware of because the information is targeted to developers.

If you have the Monterey OS on your Apple computer, internally it is running MIDI 2.0 hi-resolution protocol messages and translating back to MIDI 1.0 when you plug your MIDI 1.0 device into a USB port. The first major test of backwards compatibility is already happening and working.

Yes, there is something of a chick and egg problem with MIDI 2.0.
It's hard for major companies to support MIDI 2.0 until there is support from all the major Operating Systems, but Apple and Google are pretty big chickens .

The reality is that we are still in the developer stage of MIDI 2.0 growth. First the OS companies need to support it, then applications and hardware need to be developed and this all has to be done in middle of the lingering effects of the pandemic.

The MIDI Association is aware of these challenges and have been meeting them head on.
Several months ago, we agreed to help fund the development of the Amenote ProtoZoa USB MIDI 2.0 Prototyping Tool.

AmeNote is a new company formed by MIDI 2.0 WG chair Mike Kent and Michael Loh (who founded iConnectivity). MIDI Association members can use the device for testing and to facilitate and kick-start development of their own projects and products.

The goals of the Amenote ProtoZoa USB MIDI 2.0 Prototyping Tool is to encourage speedier adoption of MIDI 2.0 by:

Providing a testing platform which connects via the Apple and Google USB MIDI 2.0 drivers recently released

We are planning in the next few weeks to ship Amenote ProtoZoa USB MIDI 2.0 Prototyping Tools all over the world to over 40 leading MIDI Association and AMEI (the Japanese MIDI organization) companies that are committed to prototyping MIDI 2.0

It would have been sooner, but production of the boards was delayed when Shenzen was shut down by a CoVid outbreak.

You have to remember that 2 of the three Ps of MIDI 2.0 can be done on a product that only has 5 PIN Din Plugs (if the device's firmware is updated to support MIDI-CI Profile Configuration and Property Exchange.) That's what we did with the Groovesizer whose firmware is Open Source.

The first products are likely to implement Property Exchange features, then Profile Configuration, and then the new Protocol.

There are other companies like MIDI Association member Embodme who have already implemented MIDI 2.0 internally

But it will take a few years of growth for the industry to update existing products and/or introduce new generations of products with various MIDI 2.0 functions until MIDI 2.0 is more widely enabled.

Everyone should be okay with that.

MIDI 1.0 was introduced almost four decades ago, yet MPE - another major extension to the MIDI 1.0 spec - happened only recently. That evolutionary process is what has allowed MIDI 1.0 to mature, remain backward compatible, and continue to add more features.

MIDI 2.0 is simply another step in this evolutionary process, to mark where MIDI changed from being a monologue from one device to another, to becoming a dialogue among devices.

MIDI 2.0 is really just more MIDI, not a fundamentally different kind of MIDI. It's still a computer language that deals with musical expression, just one with a bigger vocabulary.

In the months and years ahead, as new products are introduced, more and more of them will adopt MIDI 2.0 features. Some are ready now, and simply await others to become available so they can "talk" to each other. And of course, this is a software/firmware driven industry. Just as early MIDI 1.0 products often added features over time, so will MIDI 2.0 gear.

One of the best parts of MIDI's evolutionary pace is that it's up to musicians to decide the pace at which they want to upgrade their setups, rather than having it dictated by manufacturers. The only reason users can do that is because of the deliberate planning that allows MIDI 2.0 gear to be backward-compatible with MIDI 1.0 gear.

Some people will buy MIDI 2.0 gear as soon as it becomes available, some will keep using MIDI 1.0 gear, and some will mix and match 1.0 and 2.0 gear. That way, nothing becomes a doorstop because it's 'obsolete.' The MIDI language is constructed so it doesn't lose part of its existing vocabulary, it simply gains a bigger vocabulary through MIDI 2.0.

Fortunately, prioritizing backward compatibility means that MIDI 2.0 can continue to evolve just as MIDI 1.0 did, and not only remain compatible with MIDI 1.0 gear, but remain valid for decades into the future.