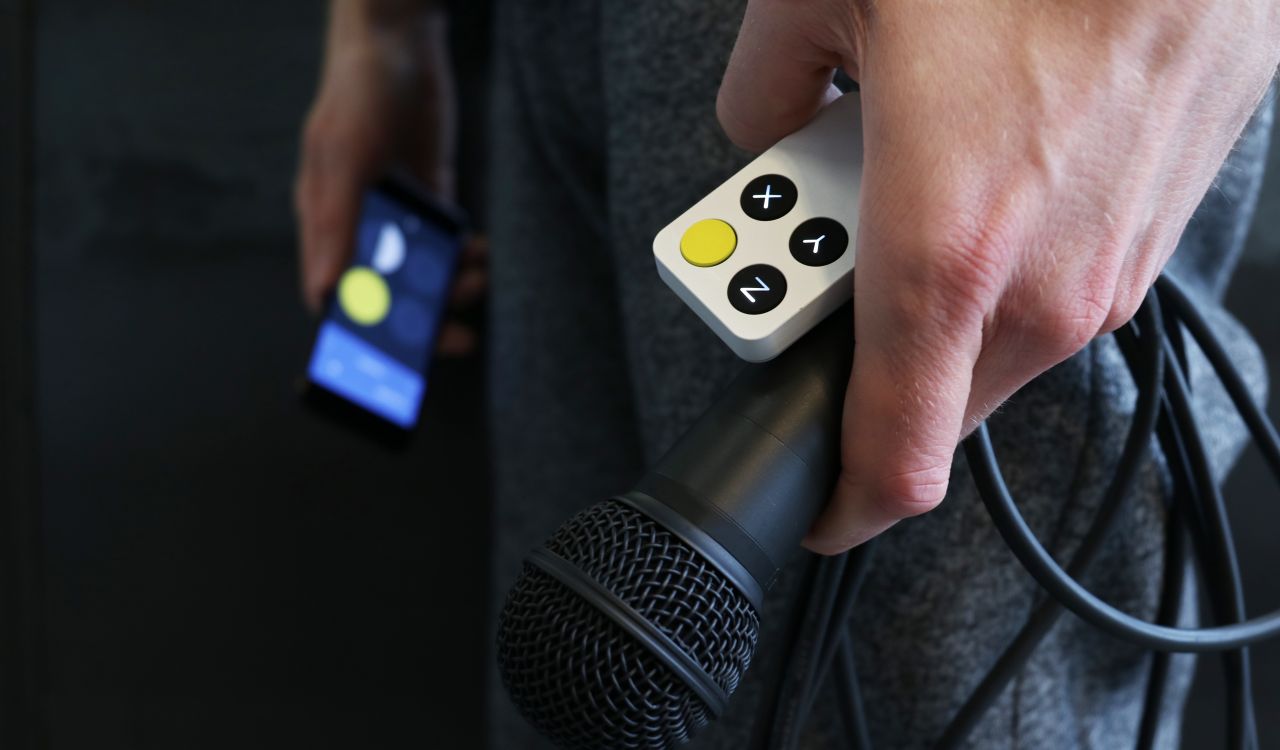 Tech company OWOW just launched a new wireless motion controlled instrument for singers. Named the Wiggle Kit, it consists of a mobile App and a small white remote controller which turns gestures into vocal effects. By twisting and moving the Wiggle in different directions, singers can add digital effects to their voice and control the intensity.

For home use, the Wiggle Kit comes with a dedicated app. By simply holding the Wiggle close to a phone or tablet, it automatically connects to the app via Bluetooth. Users can pick one of the 20 plus built-in effects, ranging from simple reverbs and delays to the most complex auto-tune and vocoder effects, sing into the built-in mic of a phone or headset and share their creation with the world.

The Wiggle Kit is now available on Kickstarter and already reached 75% of its funding goal. With only 8 more days to go, there's still some time left to get your Wiggle Kit for an Early Bird price of €79,-.

Wiggle Kit - A New Instrument For Singers by OWOW —Kickstarter