​MIDI is at the center of the NAMM Synth Showcase

For the past few years, the MIDI Manufacturers Association's booth has been located right by the main entrance to Hall A in the Anaheim Convention center in an area called the Synth Showcase. We actually host two booths.

Booth 9700 is the MIDI Manufacturers Booth where MMA board members are available to discuss the latest in MIDI technical specifications and plans for The MIDI Association community of people who work , play and create with MIDI.

Booth 9701 is where we host a number of small innovative MIDI companies.  This year there are 10 shared MIDI booth partners.

For composers and producers using Steinberg's Cubase® or Nuendo®, 14bitMIDI created "SHERLOCK", a VST® plugin where the user can customize buttons to trigger over 6000 available commands. No need for scripting or programming, just select one of the 192 available buttons and assign it to a command from the menu. Done!  Additionally, there are 16 CC faders available for controlling various parameters. 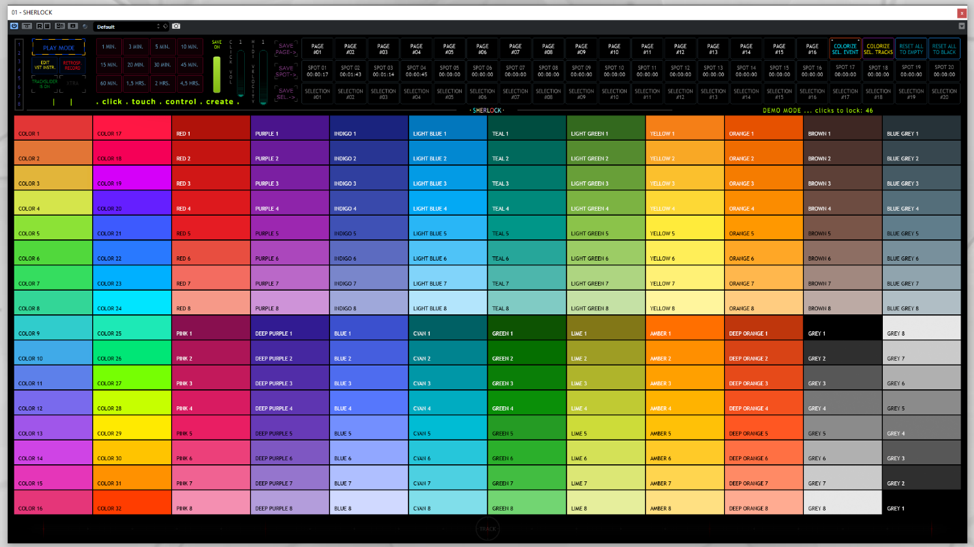 Additionally, there are 16 CC faders available for controlling various parameters. 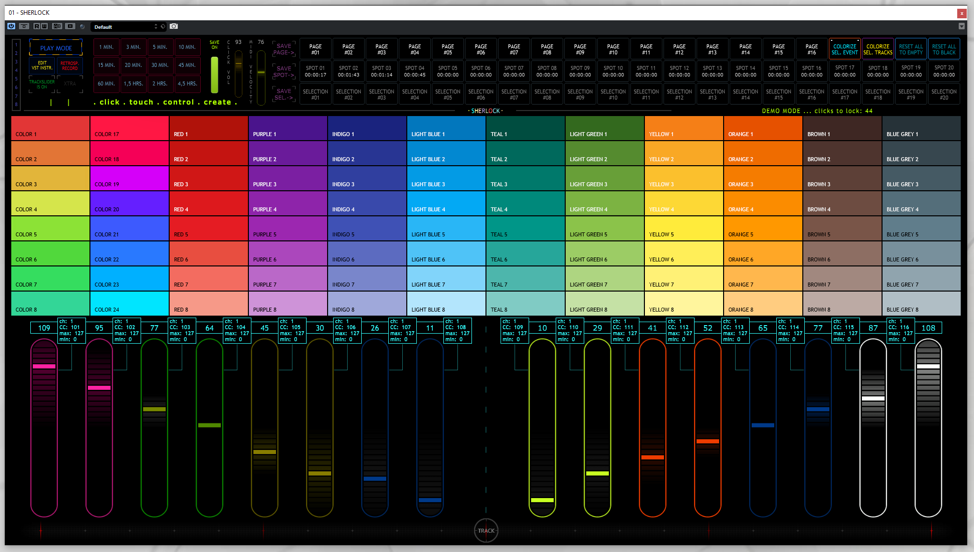 Unique Trackslider and Timeslider allow for quick navigation through even the biggest orchestral templates or recording sessions. Users can even use own graphics for the buttons, save all the settings as a regular .vstpreset, control the plugin with a regular mouse, touch screen or externally via MIDI and because this is a VST plugin, SHERLOCK will be saved and opened as part of the session like any other plugin. Of course both OS platforms, Mac and PC are supported. 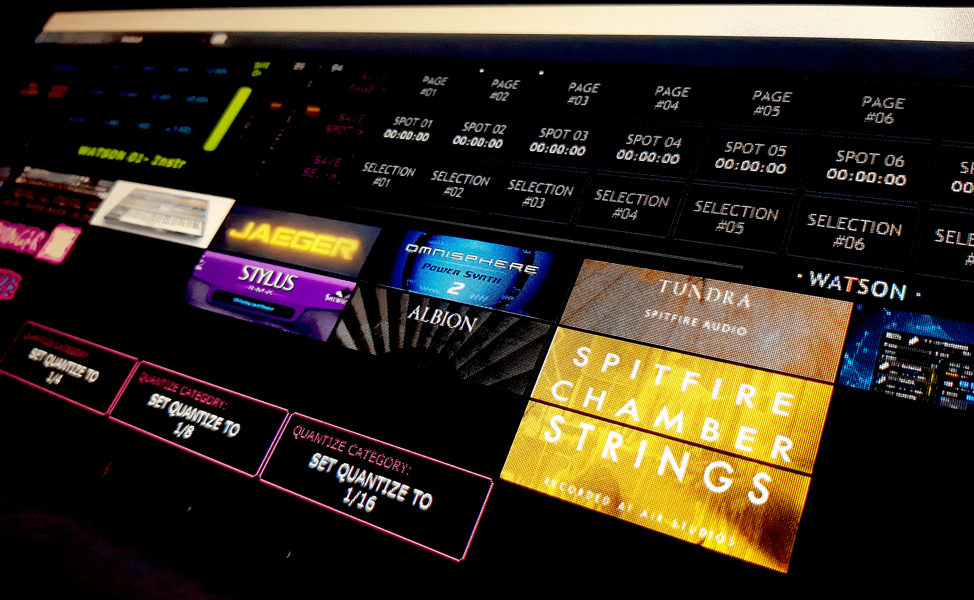 As a smaller sized version of SHERLOCK there is also his sidekick WATSON with 48 buttons and the same set of powerful functions. 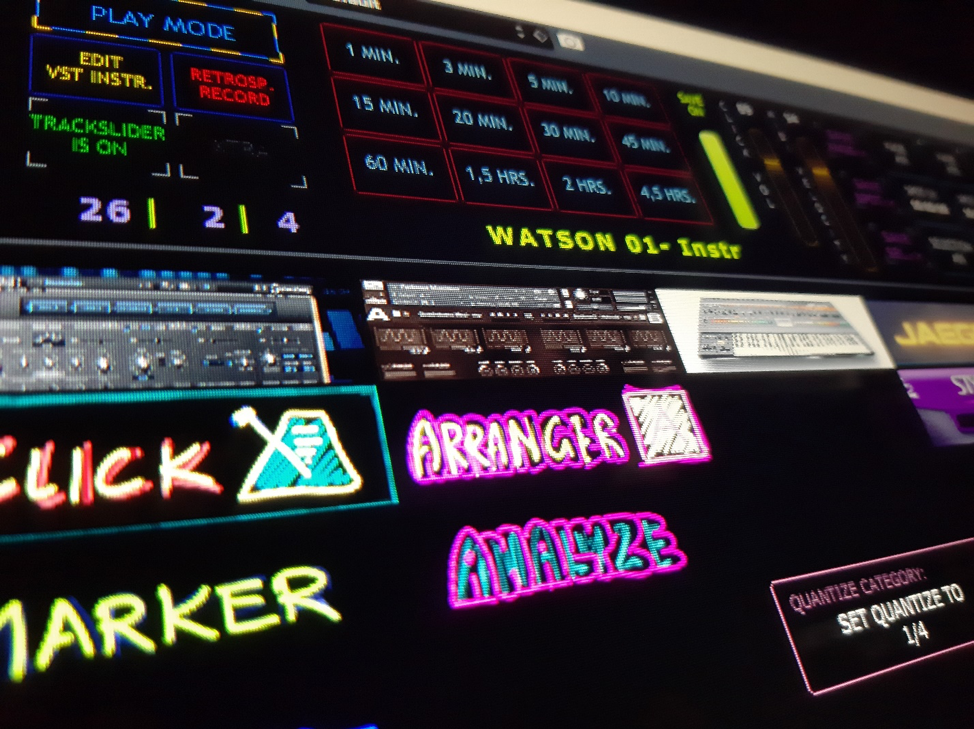 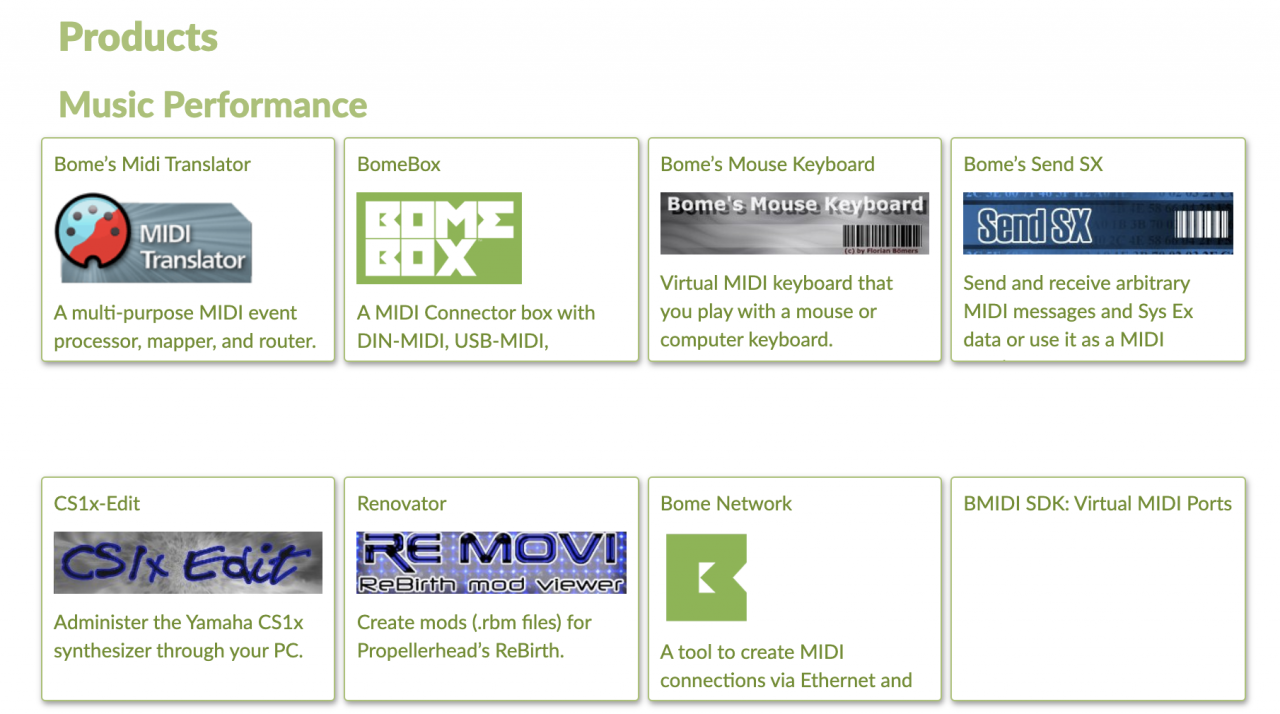 Bome Software creates software and hardware for music production on stage and studio. Their main focus is on MIDI control catering to customers like musicians, performers, lighting engineers, electronic DJ's and many more.

Florian Bömers  is an active member of the MIDI Manufacturers Association (MMA) and member of the MMA's Technical Standards Board participating in the standardization process of MIDI 2.0.

CRIMSON TECHNOLOGY, Inc.
Creativity for Everyone by Innovation

​"R.C voice" is a technology that changes a human's voice into a specific character's voice in real time with machine learning, which is developed by CRIMSON TECHNOLOGY, Inc. in partnership with Prof. Toda Tomoaki at the Information Technology Center, Nagoya University. 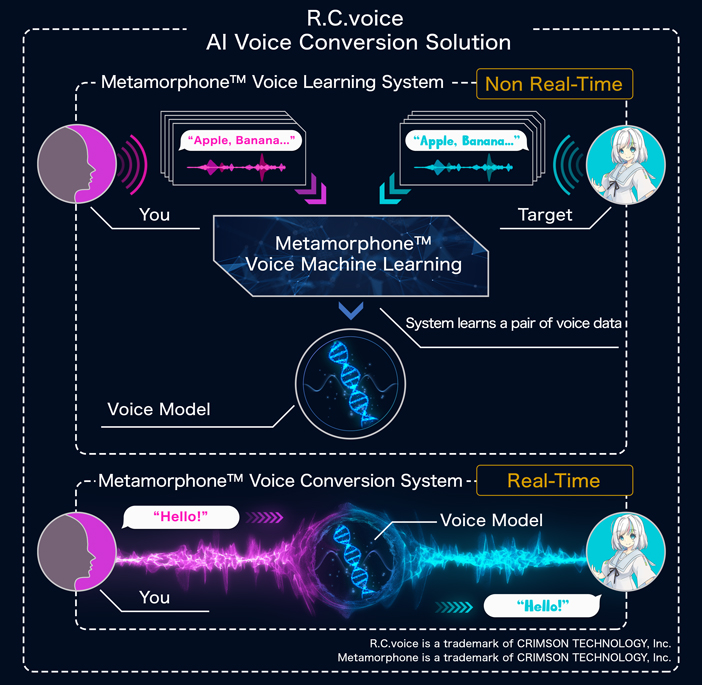 Voice Learning System analyses the feature and timing from parallel data including character's voice and original speaker's voice, and constructs a voice conversion model by machine learning for the next process.
Based on the voice conversion model, the Voice Conversion System makes a filter for the speaker's voice, and changes the voice into the other character's voice. The latency is about 100 ms (almost real-time).

​​Kaz Hikawa, the CEO of Crimson Technologies is also the Chairman of the MIDI Standard Committee of the Association of Musical Electronics Industry (AMEI), the organization that oversees MIDI standardization in Japan.

Imitone -play any instrument with your voice.

Explore and create music with only a microphone.simply sing or whistle to control any music software as if you are playing the notes
imitine is a tool anyone can use to learn, to create, to play.

imitone translates your voice into MIDI, the language of digital music.

As you sing into your microphone, imitone's unique technology will detect musical notes and instantly play them.
This can be used to control almost any music app or digital instrument. 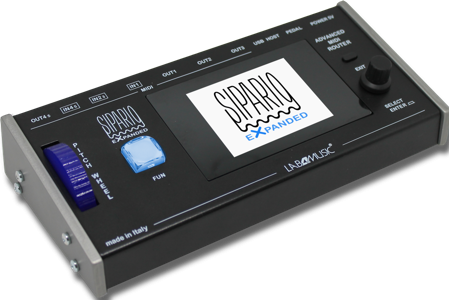 SIPARIO is a MIDI router designed to be at the center of a keyboard setup in order to always have the sounds ready to use. The musician creates his own lineup of tracks (SCENES) and within each programs the sounds. During the execution the player passes from one configuration to another either by pressing on the touch display, or in sequence, by pressing the pedal connected to SIPARIO or through the backlit button that is located on the front of the device. In every moment the musician decides what to play and from which keyboard, by programming splits and layers among different sources. Programming is done without the use of a PC and through the touch display. Now in the expanded version. 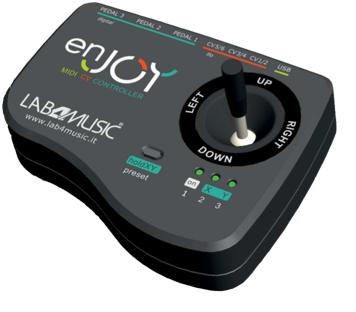 ENJOY is a controller that combines the analog CV world with the digital MIDI.

Digital Side: connect Enjoy to the computer via USB and interact with your DAW or virtual instruments. Generate MIDI pitch and control change like expression, volume, filter cut off, by moving the joystick or pushing the pedals.

Analog Soul: control your analog synths by connecting the CV outputs and generate modulation signals and LFO. Convert MIDI notes to analog levels gate, pitch and velocity. All cv's can be modulated by joystick, pedals or from MIDI messages like control changes coming from devices connected through the USB.

M-Live produces Merish5: the stand alone device dedicated to reading, archiving and playing digital Backing Tracks. Includes the possibility to edit audio files with separate tracks with MTA files (the format designed by M-live). It reads and plays files with extension .wav / .aac / .ogg / .flac / .aif / .au, also with the included Plug in Prompter which allows to be connected with such devices as tablet or smartphone to view lyrics and chords of the played songs in a remote way from more points on the stage.

Merish5 is a player capable of reading Backing Tracks in any format: Midi File, Audio, Video, Multitrack Audio. Merish5 includes a sound generator with over 500 sounds and 58 drumkits. Merish5 has a connection via Wi-Fi for downloading Midi Files and Audio files from the Web. It connects to a Smart Device (Tablet or Cellular Phone) to interact through dedicated Apps. Merish5 is the ideal sequencer for small bands and one man bands who want to play in public without a computer. 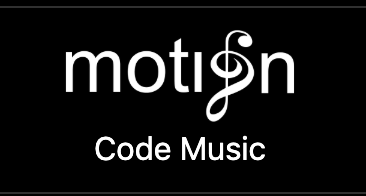 Code music in Javascript that orchestrates synths in your favourite DAW. Or start having fun right away with the built-in synths.

The tutorials in Motifn are interactive, so you can play with the examples as you go. 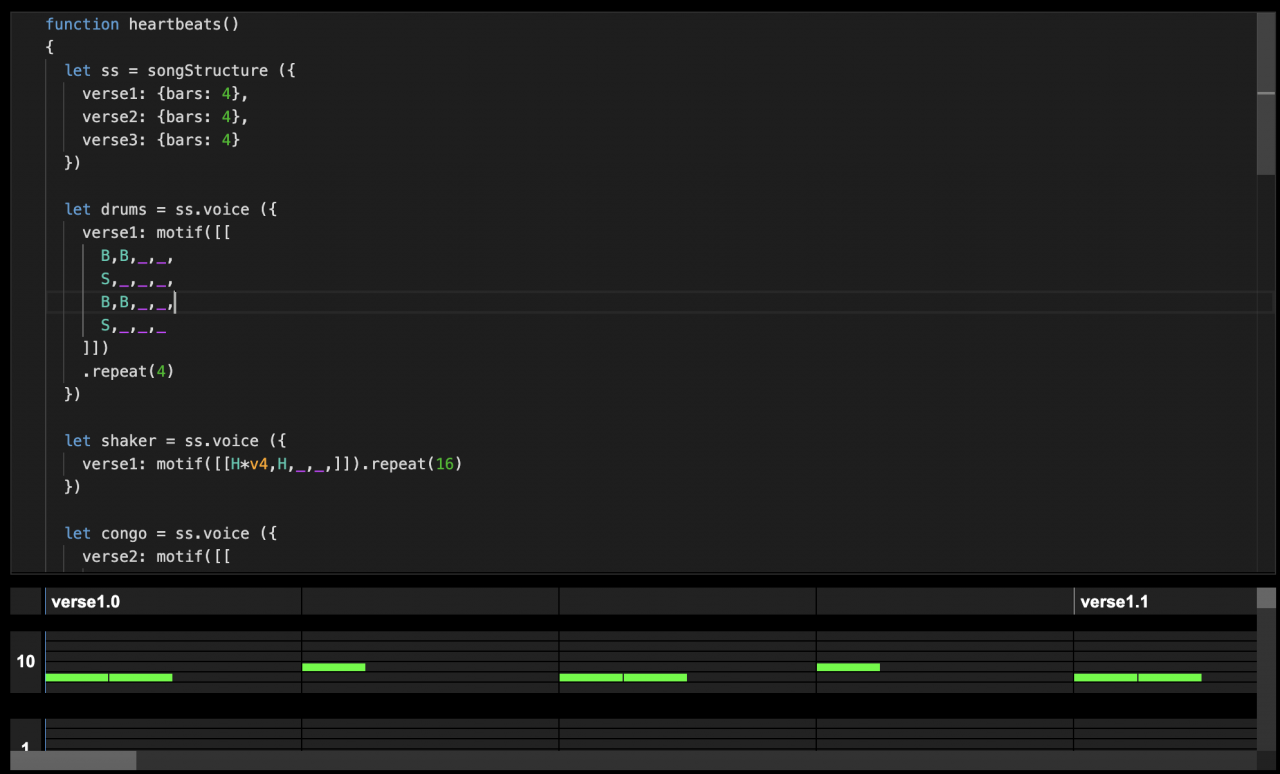 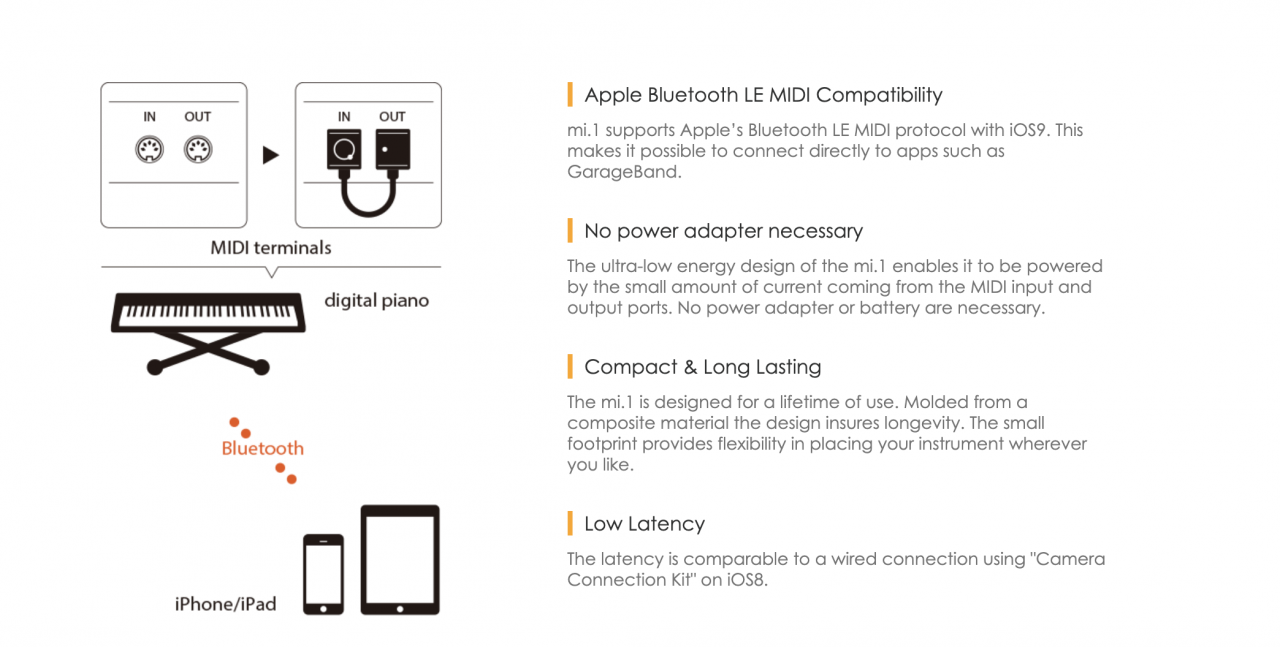 PedalBoards should be simple and creative tools. Step Audio builds bomb-proof gear that's easy to use.

Consistent with that philosophy, Step Audio has three products: STATUS. Riff-Step and a revolutionary new patented MIDI controller to be unveiled at Winter NAMM 2020.

STATUS™ is a powerful MIDI Display, Clock, and Mapper that adds tremendous functionality to any MIDI rig.STATUS can be quickly programmed using online interfaces or on the device.

Riff-Step™ takes the DigiTech Whammy, the most popular pitch-shifting pedal of all time, and multiplies its sonic potential. Riff-Step lets you hear notes that aren't normally available on the Whammy, then sequence those notes into elegant harmonies and improbable riffs.

Step Audio designer and builder, Bill Wardlow, has been a MIDI super-enthusiast since the mid-80's.Over the years, Bill played in numerous bands, and programmed loads of MIDI gear including drum machines, sequencers, and samplers. As head of pedal company Molten Voltage, Bill saw the immense potential for MIDI-controlled guitar effects early-on.In 2011, he developed a line of MIDI control chips (PedalSync) that sparked the recent explosion in MIDI-enabled guitar effects.

In 2016, Bill founded Step Audio | Patented Pedals to put his multiple patents to use and create MIDI devices exactly as he envisioned.

Programmer, pedal sculptor, and absolute perfectionist, Bill insists that Step Audio devices not only perform flawlessly, but that they stand up to the abuse of touring professionals. 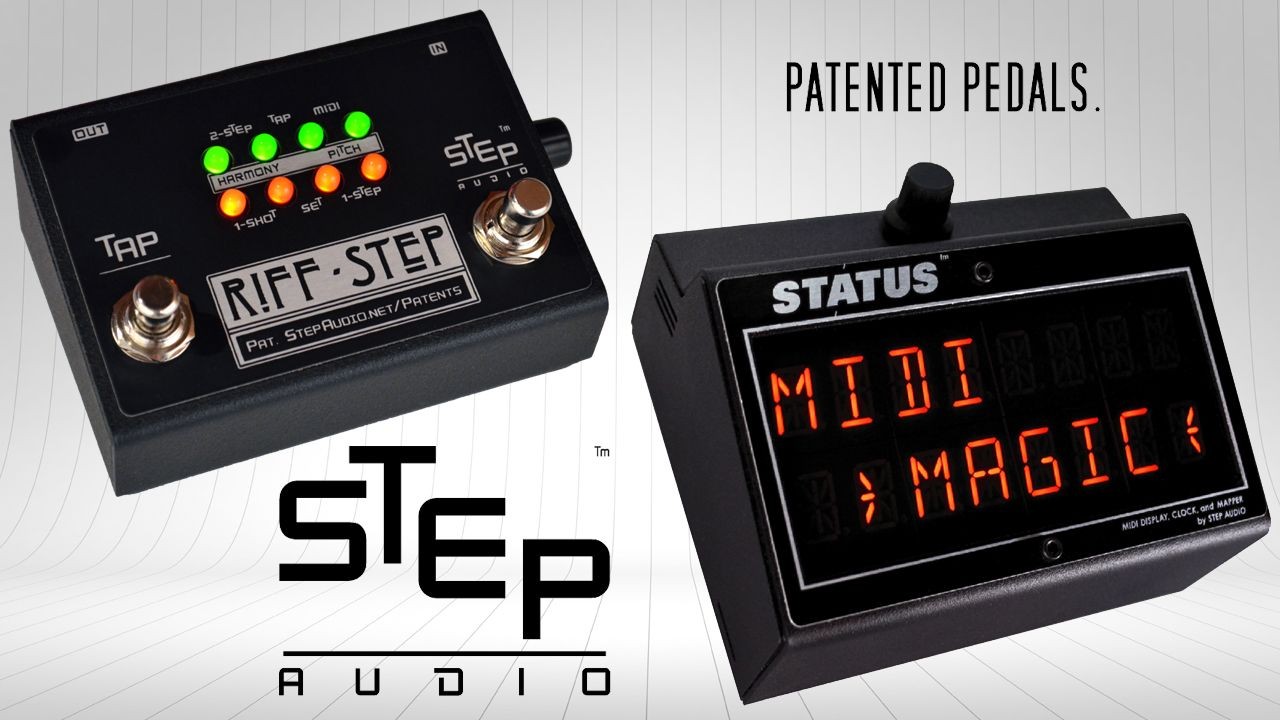 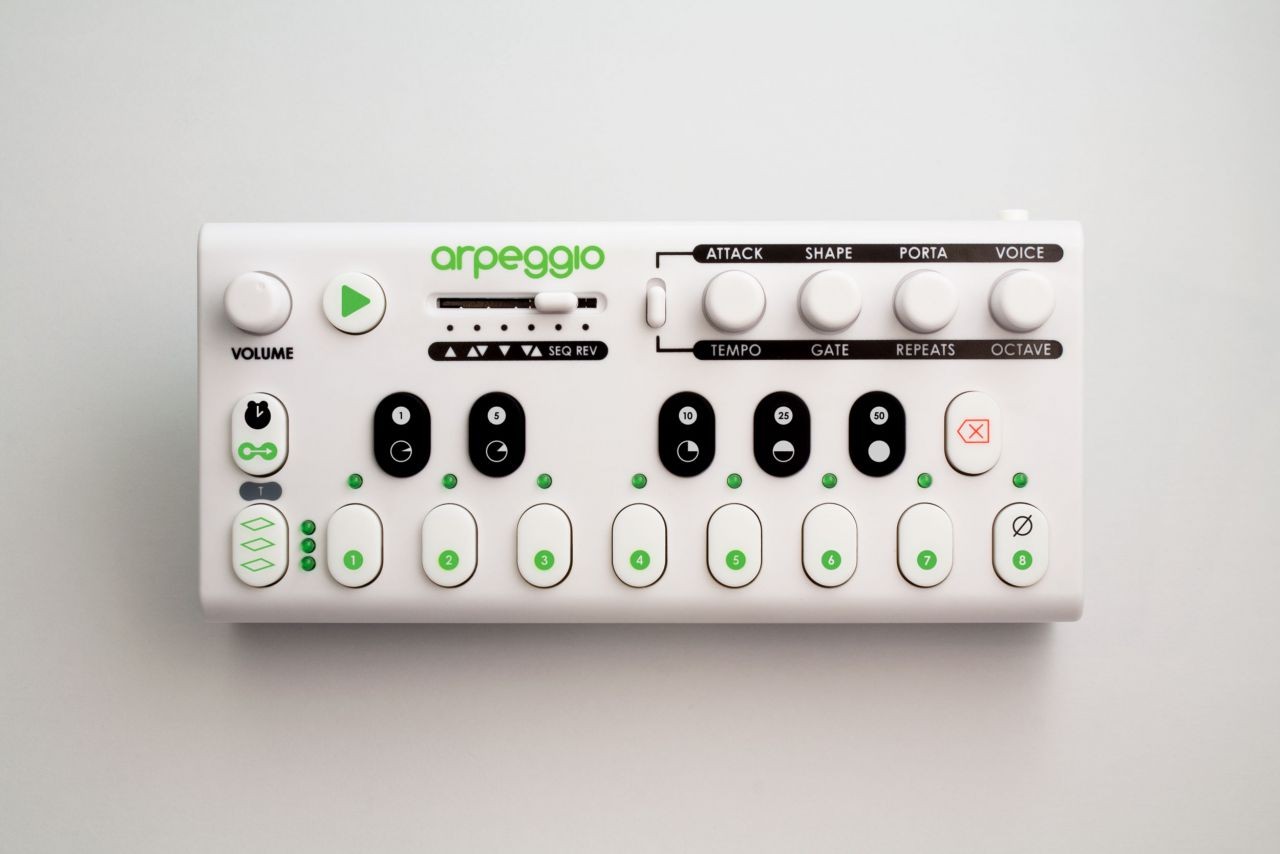 The notes you select from the one octave keyboard instantly create a looping sequence. Unlike a step sequencer, Arpeggio does not limit you to a set number of notes in your sequence. Add rests into your melody and adjust note lengths, tempo, octave, portamento, and swing.

Save your melodic phrases as they are created into one of 512 memory banks. They can be chained together to create more complex melodies. 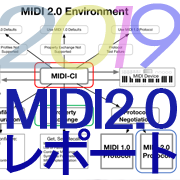