2 ON events for same piano note

Roy
Friday, 20 May 2022
7 Replies
3.2K Visits
27
Votes
Undo
Subscribe
I had my Roland HP508 piano create a midi file from what I played. Looking at the midi data, I can see that sometimes a NOTE ON event occurs for a note that is already ON. What does this mean?
Tweet
There are no comments made for this post yet
Oldest First

8 months ago
·
#14635
0
Votes
Undo
Based on a quick bit of Google-ing, I note that this device has a built-in MIDI record facility. I assume therefore that you spot the doubled notes on the recording made there? So i'd guess that it's not because of some problem with cables, or a computer, etc.

It would be interesting to see the midi file created that includes this.

I assume that the note that is ON can sound once only, and that you do not hear anything amiss?

I'd wonder if there is something very slightly wrong with one or more of the keys, regarding the point at which the ON is triggered, and the OFF is triggered, such that on occasions you might play in a way that just allows the triggering of the first ON, the slight release of the key that does not in fact trigger the OFF, but still allows a later trigger of another ON?

Does this happen with certain keys ONLY, are can you achieve the same effect with any/all keys?

8 months ago
·
#14637
0
Votes
Undo
It happens to me that if I send two notes in a row without a sustain being activated only for that note.
There are no comments made for this post yet

Roy
8 months ago
·
#14642
0
Votes
Undo
I have uploaded the example I have been working with. This is the midi file the piano created.
There are no comments made for this post yet

It's fairly large, and there's a LOT of data there, all on the same channel.

If you've spotted some problems there, please note the approx note and tick cound where these show.

I was hoping to see where the problems occur relative to use of controllers, and what the parameters of the 'odd' notes are relating to others before/after. i.e. is the problem happeninf with short or fast notes, or loud notes followed by soft ones?

I DO see that your piano is generating a LOT of controller settings re Hold pedal, so there can be a LOT of controllers to handle in a VERY short space of tim,e, and this may occasionally swamp the system? But this is just a guess right now. 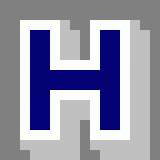 8 months ago
·
#14646
0
Votes
Undo
Technically, if you encounter a note starting message for a channel and pitch that is already on, it means a new instance of that pitch has started.

Because of this, MIDI devices and software usually avoid having a note starting message for a channel and pitch that is already on. If you encounter this, it is likely an unwanted glitch.

In the MIDI file you attached, there are three instances where a note starting message appears for a channel and pitch that is already on, see the notes highlighted black in the attached piano roll pictures. I can only guess this is the result of some glitch, the resulting overlapping notes likely should have just been one combined note.

For MIDI nerds that find this interesting, here are other examples with multiple notes for the same pitch:
There are no comments made for this post yet

Firstly, the octave numbering between Bavi's system and my data seems to be different. Bavi's data shows notes E4 and A3, in my data it seems to be E3 and A2.

That aside, I see what seems to be the same problems. Rather, oddities.

The location numbers are the midi tick counts in the raw data.

For the first case:

I suspect that this OUGHT to be a Note On between 13680 and 13707, but the Damper has caused a problem and a spurious On/Off in the middle.

I would guess that the On/Off would not be heard.

For the second case:

No Damper events here, nothing else odd. The spurious On/Off is not explained.

Here, the second On is wierd, and the immed Off is also wierd.

In the first case, the Damper MIGHT have interfered with the data, but the pair of data On/Off was in fact there. The data I'm looking at does not show any missing events, it's just the order of the events that is messed up.

BUT, this depends on the playing hardware, and how the system would handle two notes the same sounding at the same time. As is suggested above, you cannot be sure that any system would see such cases as two separate notes, with overlapping On/Off, or would just end the note at the first Off and disregard the second Off as the note was not in fact On any more.

Roy
8 months ago
·
#14659
0
Votes
Undo
I wish I knew what condition causes my piano to generate these extraneous MIDI events, but if every such ON is "followed" (with 0 delta time) by an "OFF" and each such ON-OFF pair is actually meaningless, then I can ignore all such ON-OFF pairs, whether or not I am simulating the dampers being up because of the sustain pedal.

In which case my real problem with interpreting the MIDI file the piano created is in deciding what note ON events are meant to be inaudible because their velocities are too low.

(I am using the MIDI file to create sheet music, but I don't know any music notation for a note's "velocity", let alone zero length.)
There are no comments made for this post yet
There are no replies made for this post yet.
Please login to post a reply
You will need to be logged in to be able to post a reply. Login using the form on the right or register an account if you are new here. Register Here »
Forgot Password?
Builder only supported on "top" and "bottom"
About the MIDI Association
MIDI Association IP Policy
MIDI Association Anti-Trust Policy