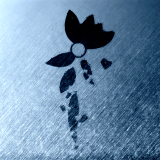 Max Dobroselsky
Thursday, 15 July 2021
7 Replies
7.6K Visits
4
Votes
Undo
Subscribe
What if a MIDI file doesn't have Program Change events? What a program will be used to make sound? Is it explicitly specified somewhere in the MIDI specs or it's completely up to a synthesizer that will produce sound while the file is playing?
Tweet
There are no comments made for this post yet
Oldest First

A: If the playback system has had nothing previously set, then the channels will be set to 0 (zero) which for GM will be Piano.

B: If something has already been played, then the channels will still be set to whatever they were just using, and that will be used.

MIDI does not set very much unless it's explicitly told to. There are defaults for things like time base, tempo and such like.


Quoted from Geoff on Thursday, 15 July 2021
If the playback system has had nothing previously set, then the channels will be set to 0 (zero) which for GM will be Piano.

Is it just a rule of thumb or all playback systems must set program to zero at start? As far as I understand, if there are no any spec on that, the behavior is totally up to synthesizer. So it can set program to 100 if it's built in this way. Am I right?
There are no comments made for this post yet

Any software would normally initialise data to zero, In MIDI terms, for PC, then just happens to be Piano. I would not expect any sensible software to initialise to anything else. As far as PC (Instrument) is concerned, Piano is probably a reasonable default choice anyway.

A Sound Module could well default to a specific setup. The Roland LAPC-I card I use (MT-32 compat) does default the channels to:

but that setup seems pretty arbitrary to me?

Just to see what's there, I've just tried my Yamaha MU90r unit in it's default XG mode and the parts there are:

(some of those are certainly XG banked sounds, not GM).

BUT - are those default settings likely to be of any use? I don't think they'd be any use to me.

1 year ago
·
#9775
1
Votes
Undo
According to the MIDI specification, if no Program Change (preceded by Bank Select messages if necessary) is issued to change the 'instrument' used, then the default is grand piano.

If a file has been played previously using a MIDI file player, and that file changed the voices on the various channels using Program Changes and no intervening GM reset was issued, then the player will continue using the already selected voices.

If a GM reset SysEx is issued then all 'instruments' should revert back to piano again.

That's why a GM reset at the start of every SMF, before the various instrument allocations, is a good idea.

@JohnG, but what about equipment of @Geoff? As we can see, default programs on many channels are not the Grand Piano. Does it violate the specs? Also can you please say where Grand Piano is specified as the default program in the MIDI specification?
There are no comments made for this post yet

So, any device that came out before GM or GM2 would probably not default to this value.
I suspect that applies to the MT32, that was very early as I recall.

Any MIDI sound card or module that displays GM or GM2 should conform to the standard though.

Very early devices, pre GM1, didn't even follow the instrument mapping now commonplace.
So a Program Change of 00H wouldn't neccesarily invoke Piano.
I don't think my TX81z did, nor do many early synthesizers.

I vaguely recall having to alter the Program Changes for various early internal PC cards to get the sound you wanted up until GM1 came out and sound cards started to conform to it. So, for me, from the mid eighties to the late nineties.

Take a look at the 'voice' assignments for a DX-7 MkI or MkII.
My ancient AN1x doesn't follow the rules either. Nor does my VL70m and several others.

1 year ago
·
#9779
0
Votes
Undo
@JohnG, @Geoff, thanks you a lot for such detailed explanation!
There are no comments made for this post yet
There are no replies made for this post yet.
Please login to post a reply
You will need to be logged in to be able to post a reply. Login using the form on the right or register an account if you are new here. Register Here »
Forgot Password?
Builder only supported on "top" and "bottom"
About the MIDI Association
MIDI Association IP Policy
MIDI Association Anti-Trust Policy