A company asked me to do a video for a reverb plug-in they were introducing, and I wanted to demo it with a variety of instruments. Drums? It's easy to find good acoustic drum loops. Guitar? I play guitar. Vocals? The company provided me with a vocal I could use. But I really wanted an acoustic piano piece, like something from Debussy, to demo the hall reverb sound. Spoiler alert: Not only is Claude Debussy dead, I don't play like him.

However, the website http://www.yamahaden.com/midi-files has thousands of public domain classical music files in Yamaha Disklavier format, but also as Standard MIDI Files. I downloaded three sets of classical music files, auditioned them through the Waves Grand Rhapsody piano, and found the perfect Debussy piece for the demo. 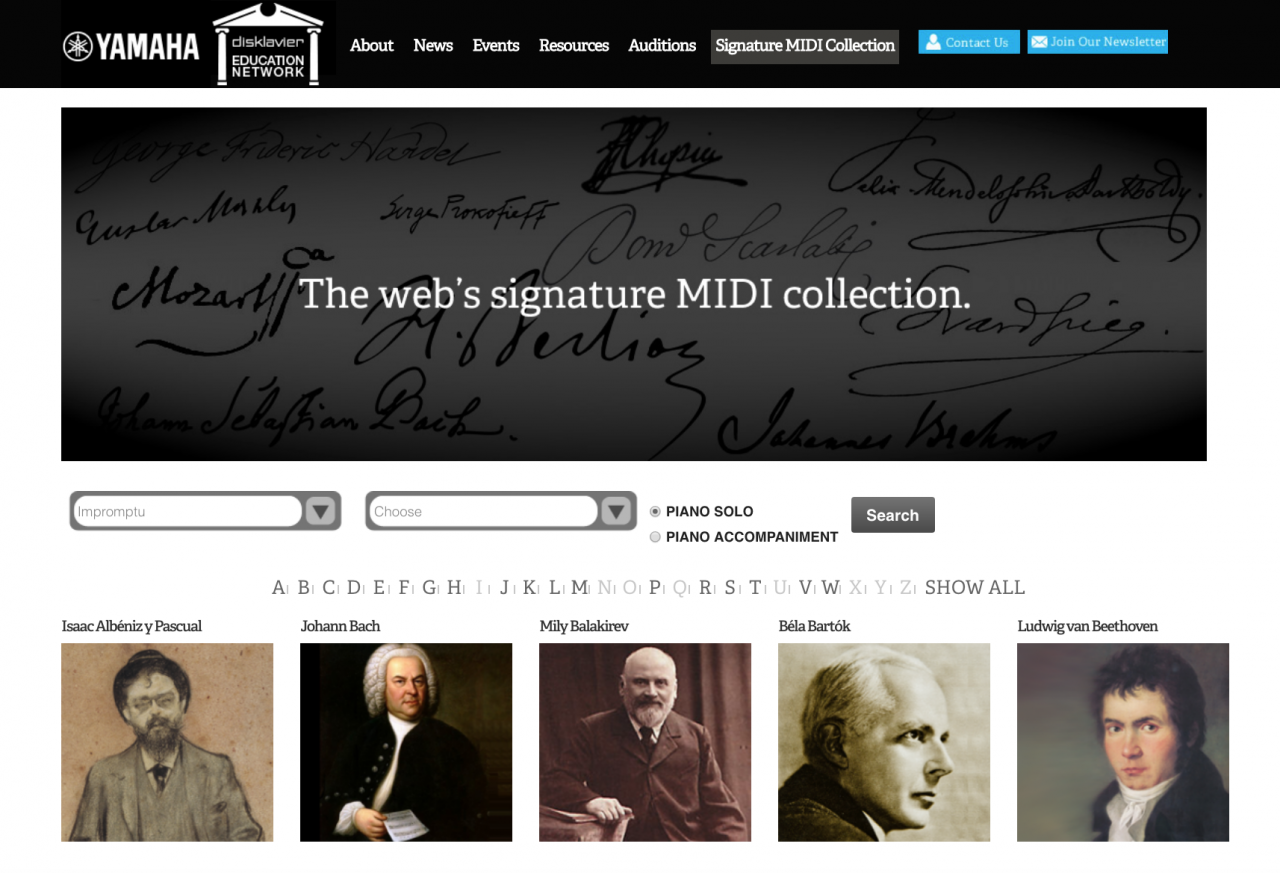 There are many public-domain, royalty-free standard MIDI files on the internet.

Not only that, but the performance and sound were extremely convincing—it sounded like I had gone to great expense to hire and mic an accomplished piano player. The company was happy, so once again—MIDI to the rescue.

The Signature MIDI Collection currently features close to a thousand high quality performances of classical piano literature. The initial collection is based on a library of recordings that have been captured over the years during the various rounds of the International Piano-e-Competition.
http://yamahaden.com/midi-files
Tweet
×
Stay Informed