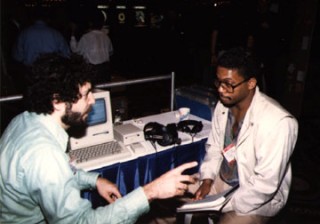 
The following bio is from Matt's website at http://matthewsteinke.com/info