Join the MIDI Association and download the 21 page booklet "What is MIDI" excerpted from "MIDI for the Professional" by Paul Lehrman and Tim Tully.

We're always trying to help our MIDI Association members get the most out of MIDI.  Paul Lehrman has been involved with MIDI since its inception. Paul has written over 500 articles for various music technology publications and is currently the Director of Music Engineering at Tufts University.

He and co-author Tim Tully have graciously donated a 21-page excerpt from their book "MIDI for the Professional" to The MIDI Association and we are making it available to our TMA members as a free download.

Click the link below to join or login as a TMA member and then download Paul's "What is MIDI"  guide.

This exclusive member content is both the perfect in-depth introduction to MIDI for a "newbie" and also a handy reference guide for the seasoned MIDI expert. 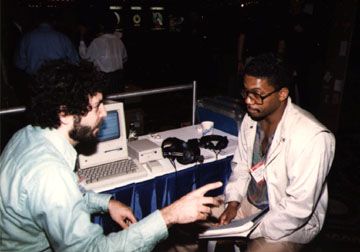 Paul D. Lehrman, PhD, composer, author, consultant, and educator, is one of the world's leading experts on MIDI and computer music.

He was the creator of the first all-MIDI album, The Celtic Macintosh (1986), and has had compositions commissioned by Newcomp, the Boston Computer Society, the Society for Small Computers in the Arts, the Audio Engineering Society, and UMass Lowell.

He has written over 500 articles on music technology for publications including Wired, New Media, Keyboard, Electronic Musician, EQ, Piano & Keyboard, Sound on Sound, the Boston Globe, the Boston Phoenix, Technology Illustrated, Studio Sound, Oui, High Times, Millimeter, and Recording Engineer/Producer, and from 1996 to 2008 was the "Insider Audio" columnist for Mix magazine. He was also the web editor for the Technical Excellence and Creativity (TEC) Awards from 1997 to 2015.

He served three terms as executive director of the MIDI Manufacturers Association during which time he contributed to the development of MIDI Time Code, MIDI Machine Control, and General MIDI.

Paul Lehrman is the Director of the program in Music Engineering at Tufts University.

Paul worked with Eric Singer from the League of Electronic Musical Urban Robots (LEMUR) worked together on Anthiel's Ballet Mecanique which was performed at Carnegie Hall and at the National Gallery of Art among many other performances around the world.

Links to more information on Paul Lehrman on the web 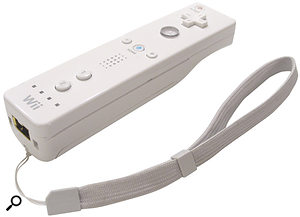 Nintendo's ultra-affordable Wii Remote controller can sense movement in every direction, and even knows at what angle you're holding it. Its potential as a music controller is unlimited, and you don't even need a Wii console to use it!
http://www.soundonsound.com/reviews/nintendos-wii-remote-midi-controller 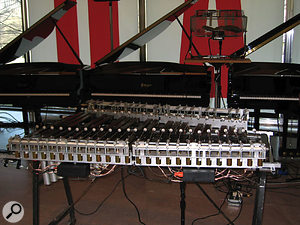 George Antheil's Ballet Mécanique is all but impossible for human musicians to play. So for his latest presentation of it, Paul D. Lehrman built an orchestra of robots...
http://www.soundonsound.com/techniques/metal-machine-music