How best to connect sound modules? 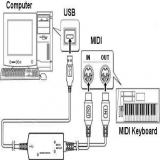 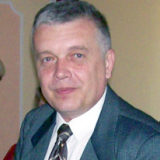 Yurii
Tuesday, 23 November 2021
10 Replies
3.9K Visits
18
Votes
Undo
Subscribe
Hello, dear forum participants! I have a complete set of vintage Roland sound expasnsion series modules and several other ROLAND modules and other manufacturers.
Roland sound expansion series modules: M-DC1, M-VS1, M-BD1, M-SE1, M-GS64
I specify the list of other modules:
PCR-M30 USB MIDI Keyboard,
Roland DR-880, Roland Super JV-1080, Roland XP-60, Roland GR-20, Korg PA-800, Yamaha PSR-520, E
I also have MIDI Iinterfaces: M-AUDIO midisport 8x8 -2 pcs, Steinberg Midex8, midi patcher/mixer Roland A-880.
ALL THESE MODULES ARE ENOUGH VINTAGE, BUT I WOULD LIKE TO CONNECT THEM CORRECTLY ON MIDI TO GET THE OPTIMAL RETURN FROM THEM.
For example, I'm interested in the possibility of connecting modules in parallel with support GM for a bolder sound. I keep some modules for 2-3 sounds that I like.
I experimented with connecting a separate MIDI port for each instrument, but I think such a connection is irrational. Maybe someone can advise me the best connection?
I will be grateful for the advice!

8 months ago
·
#12272
0
Votes
Undo
Pity you don't say how you want to connect them, USB or DIN/MIDI, as this will affect your options.

There are 'patch' type units, but these will require manual switching or lots of plug/unplug processes. Another option will involve carefull planning and the use of the option many of the devices will have to select/set the Channels recognised, so that each box responds to messages on certain channels ONLY. I understand that performers on stage with a number of keyboards may do that with one controller keyboard and various slave keybs.

Again, depending on the audio output options, you may be able to use THRU connections?

I have computer connected via Roland LAPC-I with DIN leads to Yamaha and Korg devices, audio outputs via keyboard mixer (capacity for other units not currently attached). Could split channels if need be. Generally, MIDI data goes to everything regardless, but selected unit ONLY makes sound output.

Yurii
8 months ago
·
#12276
0
Votes
Undo
Hi, Geoff!
Thanks for the feedback!
I had some doubts about the optimality and rationality of my connection/
Today I have all the sound modules connected to the midi interfaces with classic DIN / MIDI connectors.
In turn, MIDI interfaces are connected via USB to a computer. For each sound module, I allocated one MIDI input and one MIDI output.
Does not cause problems with the use of separate sound modules in Patch mode. But I began to have doubts about the connection of GM modules.
Four modules can work with General Midi - it's Roland JV-1080, Roland XP-60, Korg PA-800, Yamaha PSR520.
It may be more appropriate to connect them in parallel so that they duplicate each other during sound reproduction in order to amplify the sound.
I have the impression that if I make a parallel connection of four GM modules, I will get a more "tasty" sound. Maybe I'm wrong about that? I ask for your advice!

Thanks! Sincerely, Yurii!
There are no comments made for this post yet

Yurii
8 months ago
·
#12277
0
Votes
Undo
I want to get the effect of multi-layered sound of one composition.
There are no comments made for this post yet

The different devices by different manufacturers will certainly generate the specific sound using slightly different mechanisms. The precise details could be quite different. The original samle(s), the nature of any filters, VCA/envelope, etc. Even sounds from the same mfg, i.e. Roland, but different generations of module, could be quite different. Some might work together and add to/swell the sound, as per the overlayering that you mention (giving you more sound like Enya). Other combinations might result in some sound components cancelling each other out?

Also, I've noticed that although a number of devices may all be GM, and use the same (or at least similar) sounds, some details might be very different. I've had cases where a specific instrument on one module was louder than the same instrument on another module. But for another instrument on the same two modules the relative volumes were reversed.

Layering can be very effective, but using quite different devices might make things too complicated?

With the way that my devices are set up now, I could do what you refer to. The Yamaha MU90r and the Korg NS5r could both be 'on' sound-wise when playing something, so that they were both doing the same thing. I've never bothered to do this, as I was more concerned with what the individual units sounded like. But I'd just need to turn the sound output on for both, rather than just on for one or the other.

Yurii
8 months ago
·
#12292
0
Votes
Undo
Hello, Geoff!
Thank you for your attention to my message!
You are right! You probably can't do without an experiment here! I will try to use Roland A-880 for parallel transmission of MIDI on four outputs. I hope that the sound will become more saturated. Thank you for your answer! Sincerely, Yurii!
There are no comments made for this post yet

Yurii
8 months ago
·
#12293
0
Votes
Undo
I would like to clarify whether you get a positive effect when connecting two different modules at the same time when playing GM?
There are no comments made for this post yet

By the way, all my comments are made in the context of playing midi files, most of which make multiple sounds (instruments) at the same time. Yes, it would be all GM. The same experiment would be much more difficult involving the Roland card which is set up, as the LAPC-I card is not normally GM. It uses the same sound setup as the Roland MT-32 type using (from long ago) although I do have a number of alternative 'user' patch sets, and one of these has extra sounds to complete a GM set, and a map file so that I could play midi files set for GM, but this would involve some setting-up!

8 months ago
·
#12295
0
Votes
Undo
OK, I've tried this. I was playing a midi file based on music from 'RiverDance' family of shows, so it's fairly energetic Irish folk type music, with a mix of solo instruments and ensemble sections. I got the volume controls of the two units fairly matched, so there was little difference beween either one playing along, and both coming through together.

All 16 channels were active, so there was quite a lot of sound.

I would say that the best sound was either unit playing alone. The two units together was a little mushy, certain individual instruments that could be heard clearly when one unit was playing became lost in the overall sound. This could be because there may be slight differences in the effect of PAN, of because of the effect of REVERB and CHORUS effects. Maybe I need to find a less complex piece with no Rev or Cho. When it was a solo instrument playing, and the pan seemed to be matched, then the sound from the two units together was a little more solid/substantial, but I would still think that the sound from one unit alone was more clean/natural.

8 months ago
·
#12296
0
Votes
Undo
So, I tried a MUCH less cluttered piece, and now spotted that something was wrong.

The audio outputs from the two units were connected to the mixer the opposite way around as regards Left and Right. Hence playing one unit the stereo was correct, but both together I had L + R on both sides. The first piece was too cluttered for this to be obvious. The second piece I tried it was immed obvious.

Swapped over the stereo connectors on one of the units, and tried again.

I'd say I still prefer the sound of a single unit, either one, but the combined performance is now more solid without being louder. Maybe the single unit sounds slightly more natural, and I just prefer the natural sound. Maybe the combined sound is more impressive, if that's what you prefer.

Yurii
8 months ago
·
#12297
0
Votes
Undo
I tried to connect five modules at the same time, brought them to the mixer and at the same frequency parameters of the timbre block, which are at the zero mark, consistently added the volume to one level. Putting a MIDI song from the Roland Demo series, the sound on all instruments separately is quite similar - almost one on one.
Gradually, the fader added volume to the mixer and was forced to admit that the individual instruments sound more transparent, and in the group the sound becomes fatter.
Most likely, such a switching option has the right to life, because it seems to me that the phenomenon of resonance should do its job. And I want to experiment with tonal settings, I mean small changes in pitch.In particular, it seems to me that tonal differences in pitch can have an effect in the timbres of the vocal and string block.But all this must be confirmed experimentally. So far, I've connected five modules for the experiments.