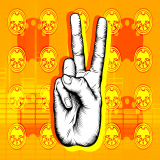 I was informed that this was case as general knowledge, does this apply to MIDI 2.0 or was jitter somehow reduced without sacrificing latency, or better, also reducing latency? 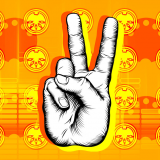 I was informed that this was case as general knowledge, does this apply to MIDI 2.0 or was jitter somehow reduced without sacrificing latency, or better, also reducing latency?

Yes, jitter reduction does require a small increase in latency. The “latency” is the time it takes for an input event to be transmitted and then presented by a receiver. The “jitter” is the variation in that latency. Suppose that the latency through a system varied between 3 and 7 milliseconds. If the receiver just played everything as soon as it arrived then the output timing would be a bit ragged or jittery. To overcome this, the receiver can delay the output by up to 4 milliseconds.

When it receives a message, it can tell how late it is from the JR Timestamp. If a message arrives quickly, with only 3 msec latency, then the receiver can delay it for 4 msec so that the total latency is 7 msec. A late message with 7 msec latency can be played immediately by the receiver, for the same total latency of 7 msec. So those two messages will now have the correct relative timing. Here is how to calculate the delay time for an incoming message.

DIfferent systems use Time Stamps in different ways. Recording devices use the Time Stamps to line up everything for playback. A tone generator might decide to play the note as soon as it is received.

The Jitter Reduction Time Stamp will allow devices to smooth out the differences in jitter over time.

The reality is that modern transports like USB are very fast and there shouldn’t be significant latency for either MIDI or Audio if your computer and DAW are properly configured. Typical USB interfaces easily achieve between 3- 5 milliseconds of latency depending on your buffer settings. Most people believe that this amount of latency is actually imperceptible to the human ear.

“The USB transfers MIDI data at rate hundreds of times faster than the original MIDI 1.0 hardware specification. In addition, this specification takes advantage of the USB's bandwidth and flexible data handling to enable the transfer of many "virtual" cables worth of MIDI data.”

One issue that we uncovered during MIDI 2.0 development was that because some computer applications could not determine whether the device on the other end of the cable was a USB device or a 5 PIN DIN device which can only run at 31. 25 BPS so they throttled the output from the computer on endpoints to MIDI 1.0 speeds of 31.25.

Latency will be improved by the new USB- MIDI 2.0 specification which can better handle bandwidth negotiation with older MIDI 1.0 devices.
THE MIDI ASSOCIATION (TMA)
The community of people who work, play and create with MIDI
There are no comments made for this post yet
There are no replies made for this post yet.
Be one of the first to reply to this post!
Please login to post a reply
You will need to be logged in to be able to post a reply. Login using the form on the right or register an account if you are new here. Register Here »
Forgot Password?
About the MIDI Association
MIDI Association IP Policy
MIDI Association Anti-Trust Policy