Founded in 1958 by Bill Putnam Sr., Universal Audio has been synonymous with innovative recording products since its inception. A favorite engineer of Frank Sinatra, Nat King Cole, Ray Charles and more, the late Bill Putnam Sr. was a passionate innovator who is widely regarded as the father of modern recording — with many of his legendary studio and equipment designs still in use today.

Specifically, Putnam was the inventor of the modern recording console, the multi-band audio equalizer, and the vocal booth, and he was the first engineer to use artificial reverberation in commercial recording. Alongside his friend Les Paul, Putnam was also involved in the early development of stereophonic recording.

Putnam, a natural entrepreneur, started three audio product companies during his long career: Universal Audio, Studio Electronics, and UREI. All three companies built equipment that remains widely used decades after their introduction, including the ubiquitous LA-2A and 1176 compressors, and the 610 tube recording console. The 610 console in particular stands as one of the most beloved designs in audio history, used to record everyone from Sinatra to the Beach Boys to Van Halen’s eponymous debut. 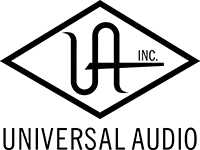